The season opener will kick off an emotionally charged and unforgettable season led by the Symphony’s Artistic Director and Conductor Grant Harville. The season includes seven concerts and two Youth Orchestra concerts featuring some of the best musicians in Southeast Idaho. 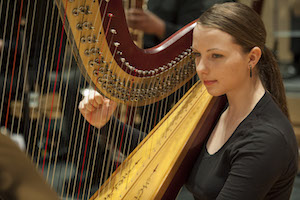 New this year, to kick off the new season, the Symphony will host its first “Tailgate with the Symphony” before their first concert in the Stephens Performing Arts Center parking lot. Participants can bring their own food and beverages and set up a table while getting to know other Symphony patrons. For those who do not want to cook, gourmet box dinners will be available to preorder. There will be prizes for the best table. Dinner boxes are $15, and it is $50 to attend both the dinner and performance for those who are not season ticket holders. RSVP by calling (208) 234-1587 or email at symphony@isu.edu. 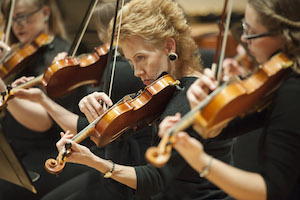 All concerts are held in the Jensen Grant Concert Hall. Grant Harville, artistic director of the Symphony, will conduct each performance. Doors open at 7 p.m. for each performance unless otherwise noted.

Individual concert tickets are $36 for adults; $33 for ISU faculty/staff; $19 for non-ISU student; $12 for third-tier balcony seating (no age restrictions, limited seating). The Family Concert matinee is $8 for a single ticket or $27 for a family of up to four. Idaho State University students will be admitted free of charge to the five Classical Series concerts only with a valid student ID, limited seating available.

Full Package, includes six concerts – the five classical concerts plus the POPS concert. Prices are $175 for adult; $159 for ISU faculty/staff; $96 for non-ISU student.

Classical Package, includes the five classical series concerts only. Prices are $155 for adult; $141 for ISU faculty/staff; $83 for non-ISU student.

Flex-3 Package, includes three concerts of choice and allows patrons to have the same seat for all three concerts. Prices are $108 for adult; $98 for ISU faculty/staff; $57 for non-ISU student.

New this year, first time subscribers are eligible for a “Buy One Get One” on any package.