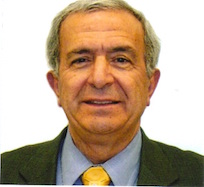 Mousavinezhad’s selection for Fellow Member status was initiated by a nomination, complete with references.

The ASEE Fellow Member Committee evaluated the nomination in comparison to other nominations received and the ASEE Awards Policy Committee confirmed the selection. The thorough review process enhances the high regard in which Fellow Membership in the Society is held.

“There are over 5,000 faculty members who are eligible to be nominated for this award. I am honored to be receiving the Fellow Member Award for my discipline of electrical engineering,” Mousavinezhad said.

The 2015 induction of ASEE Fellows will take place at the Annual Awards Ceremony on June 15 in Seattle. The ceremony is one of the high points of the Society’s 122nd Annual Conference and Exposition, which will be held June 14–17 at the Washington State Convention Center.

Mousavinezhad has been a professor of the ISU Department of Electrical Engineering since 2007. Prior to that, he had a long association with Western Michigan University, from 1982 to 2007, beginning as an associate professor in 1982 and eventually becoming chair of its Department of Electrical and Computer Engineering. He also held faculty positions at Purdue University Calumet, in Hammond, Ind.; Southern Illinois University at Carbondale; and Ferdowsi University in Iran.

More information about the conference is available at http://www.asee.org/conferences-and-events/conferences/annual-conference/2015. For more information, contact Dr. S. Hossein Mousavinezhad at mousseye@isu.edu, or 282-3292.