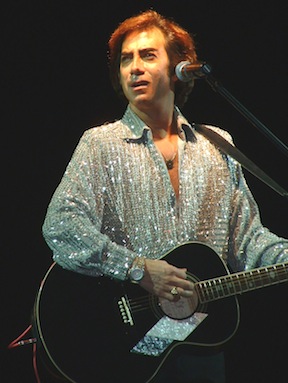 Garrett has been a working Las Vegas performer for more than 30 years and possesses the uncanny ability to make audience members forget they are watching a tribute act. He has accumulated a large fan base in Las Vegas and around the United States.

In 2008 Garrett was awarded with the “Male Musical Tribute Act of the Year.” Garrett’s award makes him the only Neil Diamond act ever to win such an honor.

Ticket prices for the concert are $20 for upper level and $25 for main level seating. Tickets can be purchased at the Stephens Performing Arts Center Box Office, open from 10 a.m. to 4:30 p.m. during the school year. The Box Office is open one hour prior to show times.