Josephine Garibaldi, a dance professor at Idaho State University, recalled the favorite part of serving as a Fulbright Scholar in Latvia as her time spent in that nation’s capital, Riga. She remembers the city’s foods and restaurants, coffee shops, film openings and quality of life as some of her favorite things about her experience.

Garibaldi is a dance professor at ISU. She received a Fulbright Scholar grant to the Latvian Academy of Culture Department of Contemporary Dance in Riga, where she taught from February to June 2014. 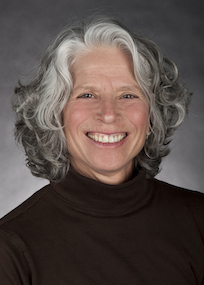 “My favorite part of my Fulbright was being in Riga,” Garibaldi said. “It was named the 2014 EU Cultural Capital. There was art and music everywhere, and there was always something to do.”

During her time in Latvia, Garibaldi taught classes six days a week for seven hours a day for three different groups. She taught in contemporary dance technique, improvisation, vocal work and composition. She also taught a collaborative course between Latvian ISU students.

Garibaldi will also be teaching another similar class this semester with students in England, Finland, Latvia and ISU.

Garibaldi is one of six ISU professors or students to receive Fulbright Scholars during the last two academic years.

The Fulbright Program is the flagship international educational exchange program sponsored by the U.S. government and is designed to increase mutual understanding between the people of the United States and the people of other countries. The primary source of funding for the Fulbright Program is an annual appropriation made by the U.S. Congress to the U.S. Department of State, Bureau of Educational and Cultural Affairs. Participating governments and host institutions, corporations and foundations in foreign countries and in the United States also provide direct and indirect support.