Idaho State University alumnus Robert Boston has been recognized with the “Outstanding Engineer Award of the Year” by the Eastern Idaho Engineering Council at the annual Engineering Week banquet this spring. 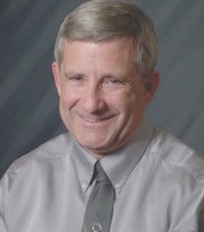 He has been a major project manager for the Advanced Test Reactor Program, and is now playing a significant role in the planned restart of the TREAT Reactor at the Materials and Fuels Complex, the first significant reactor construction or new operations project at the INL in the last 35 years.

Boston is a licensed professional engineer and a certified health physicist.

Boston has served ISU and its Department of Nuclear Engineering with distinction as a volunteer appointed member of the Reactor Safety Committee for the last 15 years. He has routinely given special training lectures to the reactor operations students and faculty.

He was raised in the Midwest, and prior to beginning his studies in nuclear engineering at ISU, he spent 12 years on active duty in the U.S. (Nuclear) Navy. He remained in the Naval Reserves, and eventually retired from the Navy after 22 years of service.

He is also a member of the ISU Engineering Advisory Council and the ISU Health Physics Advisory Committee.