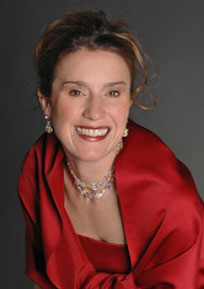 The concert features works by Debussy, Canteloube, and Brahms.

The first two selections are by the French composers and are derived from other art forms, but the similarity ends there. Debussy’s symphonic poem, “Prelude a l’apres-midi d’un faune,” was, he said, a “very free illustration of Mallarme’s beautiful poem” and was later used by Nijinsky to choreograph a ballet. It’s widely considered to be one of Debussy best works as well as the harbinger of more “modern” compositions.

The second selection, Marie-Joseph Canteloube’s “Chants d’Auvergne,” is a collection old folk songs from the Auvergne region, which, over a period of three decades, he compiled and orchestrated for soprano and orchestra to increase awareness of French folklore and rustic melodies. This piece will feature guest artist Diana Livingston Friedley.

Harville has chosen Brahms’ monumental work, “Symphony No. 4” as the finale for the evening and the 2014-2015 season.

Prior to the concert Harville will provide informative commentary and patrons can enjoy beverages, desserts and snack plates available for purchase beginning at 6:30 p.m.

Ticket prices are $34 per adult; $18 for students through high school; $12 for third-tier balcony. A limited number of $18 RUSH tickets (seating in Rows T-CC assigned by the Box Office as available) will be sold after 7 p.m. concert night. All prices are subject to additional box office fees and credit card charges. ISU students with valid Bengal ID are admitted free.

Please contact the ISU Box Office at 282-3595 or www.isu.edu/tickets or Vickers Western Store, 1460 Yellowstone in Pocatello or phone 237-5700 for tickets and information.