Creating wealth is an illusion; and economic activity is subject to the laws of thermodynamics: these are key points of an article written by Idaho State University anthropologist Paul Trawick and published this spring in Current Anthropology, a leading peer-review journal in the discipline.

“I am pleased that this article appeared in one of the top-ranked scientific journals, “ Trawick said. 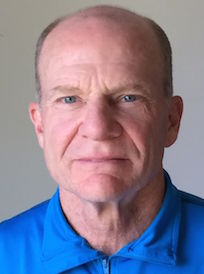 In “Revisiting the Image of Limited Good: On Sustainability, Thermodynamics and the Illusion of Creating Wealth,” he and co-author Alf Hornborg of Lund University in Sweden argue that two opposed worldviews are now vying for dominance here in the West. One recognizes that the global economy is a closed system relying on scarce non-renewable resources, in which wealth cannot be created by people but merely transformed from one state into another. The other model depicts the economy as an open system characterized by limitless material resources, in which endless growth can occur because people “create wealth.”

Trawick argues that the political discourse in this country, and in the West generally, fails to acknowledge that only one of these two models is credible.

“All of the material goods produced by people use up our planet’s resources,” he said, “many of which are finite and non-renewable. There is a fundamental paradox here, which certain economists pointed out long ago. In a closed system, the production of wealth is an inherently destructive process, not a creative one, which gradually runs the earth down, in that sense impoverishing it. In thermodynamic terms, all economic processes result in a net increase in entropy or randomness in the system, manifested as increasing disorder, heat and waste.”

The closed-system model, according to Trawick, forces us to recognize that climate change is inevitable in a system based largely on fossil-fuel consumption, rather than to deny that such change is taking place.

“Climate change is part of a long-term environmental decline that is irreversible,” he said, “but which we are relentlessly speeding up through our addiction to fossil fuels. People who deny this subscribe to an open-system worldview that is based on illusion, on a form of magical thought.”

Although his paper is controversial, Trawick said he is not interested in increasing the polarization between groups with different political beliefs, but rather in uniting people under a shared worldview.

“Many wealthy and knowledgeable people share the closed-system worldview I am talking about,” Trawick said. “I am most interested in promoting sustainability, generosity and self-restraint, and especially in encouraging philanthropy, the voluntary redistribution of wealth. The closed-system, limited-good worldview that I explore in the article strongly endorses that philosophy.

“I think this is why people,” he continued, “like Bill Gates, Warren Buffet and George Soros are trying to give away most of what they have accumulated before they die: they share a sense of moral obligation that comes with a clear understanding of the physical world and how it works.”