The Idaho Museum of Natural History will open its new Smithsonian exhibit titled “I Want the Wide American Earth: An Asian Pacific American Story” on Sept. 20 and it will run through Nov. 30.

This exhibit was created by the Smithsonian Asian Pacific American Center and the Smithsonian Institution Traveling Exhibition Service (SITES). The exhibition is supported by a grant from the W.K. Kellogg Foundations. 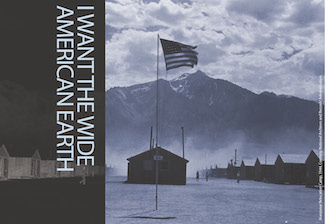 In this first exhibition of its kind, the Smithsonian celebrates Asian Pacific American history across a multitude of diverse cultures and explores how Asian Pacific Americans have shaped and been shaped by the course of the nation’s history. “I Want the Wide American Earth” tells the rich and complex stories of the very first Asian immigrants, including their participation in key moments in American history: Asian immigrants panned in the Gold Rush, hammered ties in the Transcontinental Railroad, fought on both sides in the Civil War and helped build the nation’s agricultural system.

Asian and Pacific Americans make up more than 5 percent of the U.S. population—more than 17 million people—and those numbers are growing. Their ancestral roots represent more than 50 percent of the world, extending from East Asia to Southeast Asia, and from South Asia to the Pacific Islands and Polynesia.

Through the decades, Asian immigrants struggled against legal exclusion, civil rights violations and unlawful detention, such as the 120,000 Japanese who were interred during World War II. Since the 1960s, vibrant new communities, pan-Asian, Pacific Islander and cross-cultural in make-up, have blossomed.

At the same time, IMNH, an Affiliate of the Smithsonian Institution, will open “Hidden Histories: Stories of Asian Pacific Americans in Idaho.” This exhibit will explore how Asian Pacific Americans influenced Idaho’s history, from the Chinese in mining and railroading to Hawaiians in the fur trade. In addition, one can learn about the two Japanese internment camps in Idaho: Minidoka Internment Camp (or Camp Hunt) in southern Idaho and Kooskia Internment Camp in northern Idaho.

Also featured in the exhibit are the stories and experiences of people of Asian or Pacific Islander decent in Idaho. “Hidden Histories” will run from now to summer 2015.

Several lectures are planned beginning with R. Gregory Nokes on Oct. 16 in the College of Education room 243 at 7 p.m. Mr. Nokes is the author of “Massacred for Gold, Chinese in Hells Canyon” and he will be lecturing on his research for this book.

Other exhibits currently on display at IMNH include: “When Giants Roamed; Prehistoric Carnivores,” “Lifeways: Traditions on the Snake River Plain,” “Gems of Idaho” and “The Atlatl and Dart.”

Admission is $5 for adults, $2 for college students with Bengal ID and $1 for children in grades K-12 (children not yet in kindergarten are free). IMNH also has a membership program that offers differing levels of benefits and museum exclusives. To learn more about becoming a member of IMNH, about the museum, or educational classes please visit imnh.isu.edu, call 282-3168, or visit the IMNH’s Facebook page.