Shannon Lynch, the chair of Idaho State University’s psychology department, has been appointed as one of six associate editors of Psychology of Women Quarterly.

The journal has been ranked as the number-one women’s studies journal according to the 2013 Journal Citation Reports done by the Thomson Reuters Corporation, wherein it ranked first of 39 journals. It was also ranked 34th of 127 multidisciplinary journals in psychology. 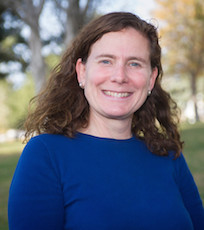 “This is a very exciting opportunity,” said Lynch, “I think it will heighten the visibility of the quality of scholarship and scholars at ISU.”

The journal emphasizes publishing innovative research focused on women and gender, including high quality mixed methods and qualitative studies. There is also an emphasis on recognizing international collaborative research.

“This journal does a great job of making a significant contribution to our understanding of the psychology of women,” said Lynch.

Lynch previously had the job of being a consulting editor for the journal and before that served as an ad hoc reviewer. Lynch began receiving and reviewing articles on Nov. 1 as an associate editor. She will have a five-year term and will be managing roughly 40-60 articles per year.

“It’s a real honor to be asked to do this,” Lynch said, “From a personal standpoint, it’s exciting because I’ll be able to represent my areas of expertise such as women’s mental health and violence against women. I’ll also have a role in directing the field; working to publish the highest quality research that makes new and significant contributions to the field.”

Lynch has had some of her own publications appear in the journal, which is likely part of why they selected her to be a consulting and then an associate editor.

“I’m looking forward to getting the chance to have a mentoring role and give feedback to people submitting their articles,” said Lynch, “If someone has worked hard on their research and has good data but isn’t necessarily presenting it in the best way I can help them with that.”

The position of associate editor is one level down from the journal’s editor position.

Lynch feels that serving as a consulting editor was beneficial.

“I’ve learned a lot from it,” Lynch said, “It’s been a great way to stay up to date about what new research is happening in the field.”

Lynch217;s own research is about violence against women, women’s mental health, and incarcerated women. In the past decade, Lynch has done a lot of work focused specifically on incarcerated women and how interpersonal violence has affected them.