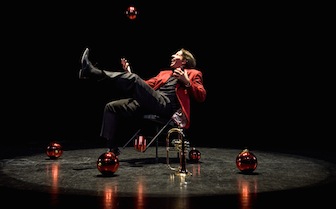 From the magical, starry stage to the featured musicians, from invited guests and Bestor’s own playing, conducting and emceeing the show, to the arrangements that add such texture and layers to Christmas songs, there is nothing like a Kurt Bestor Christmas.

Bestor has performed sold-out Christmas shows for more than 20 years, and he is best known for his innovative interpretation of season carols found in his popular five-CD boxed set “The Complete Kurt Bestor Christmas.”

Ticket prices for the Bestor concert are $38 for lower level and $32 for upper level seating. Tickets can be purchased at the Stephens Performing Arts Center Box Office, open from 10 a.m. to 4:30 p.m. during the school year.

For more on Bestor and his music visit www.kurtbestor.com.