Idaho State University psychology professor Xiaomeng (Mona) Xu was honored with a Women in Life Sciences Award by receiving a Suffrage Science Heirloom from the MRC Clinical Sciences Centre in the United Kingdom.

Xu was one of 11 recipients and the only one from an American institution. 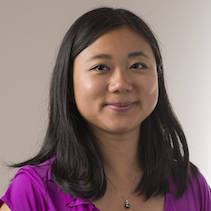 “It’s a tremendous honor to receive this Women in Life Sciences Award,” Xu said. “I’m incredibly happy and humbled to be part of the history of The Suffrage Science Project.”

The award recognizes Xu’s contributions to the life sciences through her work in social, health and neuro psychology.

The Suffrage Science Project was launched in 2011 to commemorate 100 years of women pioneers in science. Eleven jewelry heirlooms were designed by students at Central Saint Martins College of Art and Design and given to 11 prominent women in the life sciences.

Every one to two years, previous award recipients nominate scientists who they would like to pass on their heirloom. Xu received her heirloom from Bianca Acevedo, psychology, who received it from Helen Fisher, anthropology. The goal of the Suffrage Science Project is to encourage and inspire leadership in early-career women scientists.

“I will wear my heirloom with pride and I look forward to passing it on in 2016 to another early-career scientist,” Xu said.

Additional information about Xu’s research is available at her website http://isuxulab.weebly.com.