Idaho State University and the Consulate of Mexico in Boise will present a concert by one of the most respected cellists in the world, Carlos Prieto, at 7 p.m. May 9 in the Stephens Performing Arts Center's Jensen Grand Concert Hall.

Prieto, Mexican-born and MIT-educated, regularly premiers works composed especially for him by Latin American, North American and European composers. He has received public acclaim and won excellent reviews for his performances throughout the United States, Europe, Russia, China, India and Latin America. 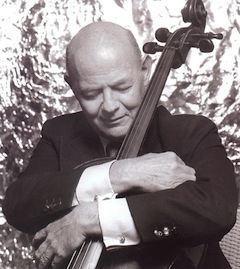 The New York Times, of his Carnegie Hall debut, stated "Prieto has no technical limitations and his musical instincts are impeccable."

According to The Atlanta Journal-Constitution, Prieto is “one of those rare artists who can cause audiences to cry out with delight.”

Since 1980 he has played the world premieres of more than 90 compositions, most of which were written for him by the main composers from Mexico, Latin America, Spain and other countries.

He has recorded more than 90 compositions, including the complete Bach suites, works by Beethoven, Shostakovich, Saint-Saens, Rachmaninov and Kodaly. In addition, he has recorded 13 CDs devoted specially, but not only, to cello music from Latin America and Spain.

Prieto has written seven books and unusual background includes degrees in engineering and in economics from the Massachusetts Institute of Technology.

Admission is free, but seating is reserved. To reserve your seats for the performance, call the Stephens Performing Arts Center Box Office at 208-282-3595. The Box Office is open 10 a.m. – 4:30 p.m. Monday through Friday.  Tickets will be placed on will call and can be picked up during daily Box Office hours and also the night of the performance.