For more than 5,000 years, people have studied bamboo: its uses, growth forms, unusual flowering cycles, and its relationship to other plant groups.

Until now, the relationships among the major lineages of bamboos, called "tribes," were not known with any certainty. But a new paper in the journal Molecular Phylogenetics and Evolution reveals the ancient story of bamboo using DNA analysis and provides the most convincing evidence to date of their long evolutionary history. 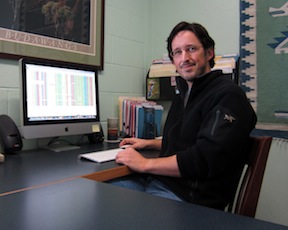 The paper titled, "Higher level phylogenetic relationships within the bamboos (Poaceae: Bambusoideae) based on five plastid markers," is authored by Idaho State University’s Scot Kelchner, associate professor of systematics and evolution in the ISU Department of Biological Sciences, and an international research team called the Bamboo Phylogeny Group.

Although most Americans are relatively unfamiliar with bamboos, it is difficult to overstate their importance to the livelihood and economies of tropical nations around the world. In developing countries, bamboo stalks provide the principal building materials for homes, tools, and a myriad of useful everyday objects like baskets, fences and cooking implements. Bamboos also play a critical role in the world’s endangered tropical ecosystems, particularly in mountain habitats and cloud forests where species diversity is high. Culturally, they are of central importance to the history, art and philosophy of China, India, Japan, and much of Southeast Asia.

The newly published paper represents a major contribution by ISU to the knowledge of such an important plant group, one of long-standing interest and value to many of the world's peoples. 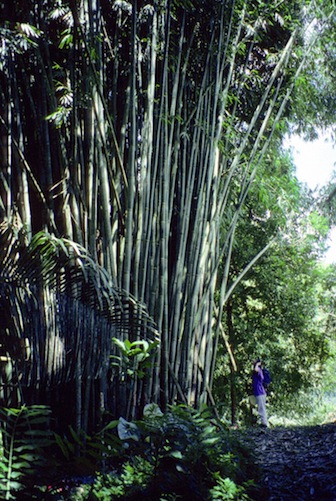 Kelchner arrived at ISU in 2004 with a history of bamboo research and a new opportunity to finally address his questions about the evolution of these fascinating grasses. ISU has since become a major contributor to world bamboo research, despite the state having a climate so harsh that few bamboos can survive (none are native to the region). But Idaho made a suitable place to head up the data accumulation and analysis parts of the project.

Leaf material used for DNA analysis was collected by members and sent from far-flung regions of the globe including Indonesia, Brazil, India, China, and Africa. Once those tissues arrived at ISU, Kelchner and his doctoral student Amanda Fisher went to work, providing nearly half of the DNA sequences and all of the extensive computational analyses used in the study.

With careful methodology, the comparison of DNA from different species can reveal a "family tree" of relationships called a phylogeny. For bamboos, this phylogeny can be viewed as a road map to their evolutionary history. With additional data, the phylogeny can also help researchers determine when and where bamboos originated, what changes happened to bamboo bodies over time, and how bamboos could have spread across the tropical and subtropical areas of Earth.

Two critical components of the study were assisted by ISU's Molecular Research Core Facility, and Dr. Michael Thomas’s EGG bioinformatics group on campus. The Core Facilty helped with DNA sequencing, and bioinformaticist Dr. Luobin Yang was essential in getting Kelchner's database for the project up and running.

Samples from Madagascar species were particularly hard to get, and the new publication is the first to include this group of bamboos in its analysis. That means the article presents the first-ever complete family tree of bamboo relationships at the tribal level.

The phylogeny contains several carefully tested surprises. New or unexpected relationships are observed that require an alteration in scientific names for many bamboo groups. A formal accompanying paper authored by the BPG does just that, creating a valid scientific reference for the new bamboo names used worldwide for these plants.

For the first time in centuries, the new classification should stabilize scientific names at higher taxonomic levels in bamboos. It was principally for this reason that the National Science Foundation funded the grant that allowed Kelchner and Clark to form the BPG and conduct the work.

This diverse group of woody grasses is native to five continents and consists of about 1,400 species. More than 40 percent of those species occur in South and Central America, a fact that tends to surprise most of us in the United States who think of bamboo as growing mainly in China and Japan.

For more information, visit the website of the Kelchner Lab at www.isu.edu/~kelchner/Kelchner_Lab/Bamboo.html.