This was the third tournament win and the fourth final round appearance for the Idaho State Debate Team this semester. It was also the second tournament win for the seniors. Additionally, Ivanovic was given the honors of the top individual speaker at the tournament, while Doty was honored as the fourth best speaker. 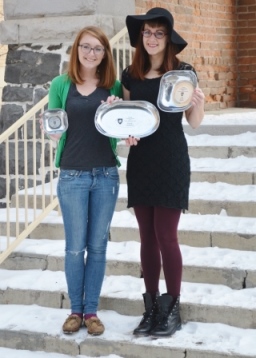 The team as a whole has had an outstanding semester with three tournament wins and several speaker awards. In September, Doty and Ivanovic won the Jesuit Debates at Gonzaga with a 90 percent win percentage. Ivanovic was also named the top speaker at Gonzaga.

In October, the junior varsity debaters had strong showings at both Lewis and Clark College and The University of Puget Sound. Sam Bollinger of Pocatello and Andrew Hoth of Boise took second in the junior varsity division at Lewis and Clark College where there were 250 debate entries from 47 different schools in 13 states. Bollinger was recognized as the top speaker at the tournament, while Hoth was recognized as the third speaker.

Also in October, debaters Brock Sondrup and Jakob Meng of Idaho Falls won the junior varsity division at the University of Puget Sound Logger debate tournament. Sondrup and Meng did not lose a single debate on their way to victory. Also in Tacoma, Meng was recognized as the second best speaker. Sondrup was awarded the third place speaking award.

“I keep thinking the team cannot get any better,” said Sarah Partlow-Lefevre, Director of the James M. & Sharon E. Rupp Debate Society. “But, the debaters always seem to exceed my expectations with one more win or another speaker award. I could not be happier with the effort and dedication put forward by each and every member of the team this past semester.”

“The team had such an impressive first semester,” said assistant coach Roger Copenhaver. “I can’t wait to see the extraordinary things the debaters will do in the spring.”

For more information about the Rupp Debate Society, contact Sarah T. Partlow-Lefevre at partsara@isu.edu or 208-282-5962.
###