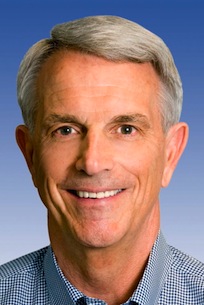 College of Business Dean, Tom Ottaway, expressed his gratitude for the endowment: "Our accounting program at the College of Business has a long tradition of excellence.  We are grateful to Bruce and LaVaun for growing this rich tradition. Their donation will attract and retain outstanding accounting faculty."

This is the first endowed professorship in accounting at ISU.

This Bruce graduated from ISU in 1968 with a degree in accounting.  He and LaVaun married while both were students at the school. "I am very proud of my ISU accounting degree, and the solid business skills and foundation it provided served me exceptionally well throughout my business career," commented Nelson.

Immediately following the merger of the two companies, Nelson was named CEO of Viking Office Products and President of Office Depot International. In 2001 Nelson became the CEO of Office Depot and shortly thereafter became Chairman of the Board.  He held both of those positions until late 2004 when he retired after a 36-year history in the office products industry.  He now spends some of his time on two unique charitable boards in North Carolina and Kentucky

Nelson also serves as the Chairman of the COB Leadership Board. The Leadership Board partners with the College and the Dean to promote and advocate for the ISU College of Business.