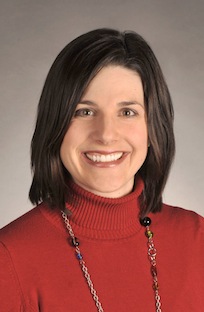 Pettinger collaborated with Blackfoot Medical Center in the multi-center clinical trials. The study, conducted through Bristol-Meyers Squibb and AstraZeneca, was a randomized, double-blind, placebo-controlled trial that involved 16,500 patients in 25 countries with type 2 diabetes who had a history of established cardiovascular disease or multiple risk factors, with or without renal impairment. The clinical trial study was led by the academic research organizations Thrombolysis In Myocardial Infarction (TIMI) Study Group and Hadassah University Medical Center, and was conducted at more than 700 sites worldwide.

The medication is indicated as an adjunct to diet and exercise to improve glycemic (blood sugar) control only in adults with type 2 diabetes mellitus in multiple clinical settings.

As of June 2013, the drug has been submitted for regulatory review in 95 countries and is approved in 86 countries including those in the European Union, the United States, Canada, Mexico, India, Brazil and China.

At the end of 2012, diabetes was estimated to affect more than 370 million people between the ages of 20-79 worldwide. Because of the aging population and the growing trend of obesity, the prevalence of diabetes is projected to reach more than 550 million by 2030. Type 2 diabetes accounts for approximately 90 to 95 percent of all cases of diagnosed diabetes in adults.

Type 2 diabetes is a chronic disease characterized by insulin resistance and dysfunction of beta cells in the pancreas, which decreases insulin sensitivity and secretion, leading to elevated glucose levels. Over time, this sustained hyperglycemia contributes to worsening insulin resistance and further beta cell dysfunction. The major cause of death and complications in patients with type 2 diabetes is cardiovascular disease. As many as 80 percent of patients with type 2 diabetes will develop and possibly die from a cardiovascular event.