Michael Ballam will present an evening of music to support the Idaho State University School of Performing Arts Theatre/Dance Department Sept. 13 at 7:30 p.m. in the Jensen Grand Concert Hall at the Stephens Performing Arts Center. 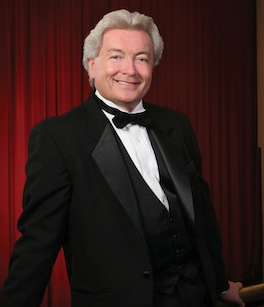 Ballam has received critical acclaim with the major opera companies of the U.S. and a recital career in the most important concert halls around the world.

Season ticket information is available online at: www.isu.edu/sopa. Individual tickets range from $20 to $25, and are available at the Performing Arts Center Box Office in person or by phone at 282-3595. Tickets are also available at Vickers Western Wear, PSUB Campus Connection Desk, and online at www.isu.edu/tickets.