Alan Bermensolo, CEO and president of B Transfer, Inc. and B Secure Self Storage, LLC, of Mountain Home, is the Idaho State University "Idaho Business Leader of the Year 2012." 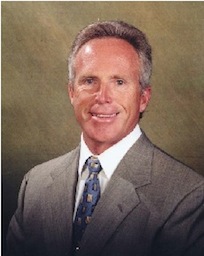 The IBLOY award annually recognizes an Idaho business leader who has demonstrated outstanding business and professional ethics while contributing significant support to worthwhile community, civic and education activities. ISU College of Business students have presented this award since 1959. Previous honorees include a congressman, former governors, entrepreneurs, and leaders of some of Idaho's largest companies. The recognition program is the longest-standing such program in Idaho.

Bermensolo is President and CEO of B Transfer Inc. and B Secure Self Storage, LLC. B Transfer specializes in corporate and government relocations. He graduated from the University of Idaho in 1976 earning a Bachelor of Science degree in general business. Bermensolo has been awarded the following honors: induction into the 366th Fighter Wing Honorary Gunfighter Hall of Fame, 366th Fighter Wing Honorary Wing Commander in 2006 – 2007 and Mountain Home Chamber of Commerce "2003 Man of the Year."

Bermensolo's father, a son of Basque immigrants, founded "B" Transfer, Inc. in 1958. He knew nothing about the moving and storage industry but realized that with the growth of Mountain Home Air Force Base that there was an opportunity for a 41-year-old entrepreneur. He began with a 6,000-square-foot warehouse and two small used trucks.

Alan Bermensolo grew up in the business, working part time after school. Following his college graduation in 1976, Bermensolo returned to the family’s moving and storage business full time. He continued to work there and took over as President and CEO in 1988. Today, he continues to focus on steady growth and long-term relationships with clients, vendors and employees.

B Transfer has 80,000 square feet of warehousing (40,000 commercial, 40,000 self-storage), 24 employees, and a fleet of local and long distance equipment. Bermensolo serves as its President and General Manager. Bermensolo is a hands-on business owner and manager. He has more than 35 years experience and knowledge in this industry. B Transfer’s 24 employees clearly understand Bermensolo's philosophy and mission: “We will make whatever goes wrong … right … and we will continually adjust the process to meet the customer’s needs.”

Bermensolo attributes his success to the hard work of the dedicated team of his employees and to his father.