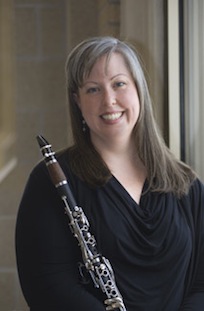 The Concert Band will be performing the march "Army of the Nile" by Kenneth Alford, the humorous "Rollo Takes a Walk" by Missoula, Mont., composer David Maslanka, and "With Quiet Courage" by Larry Daehn. The band will also be performing "Cajun Folk Songs" by Frank Ticheli, and the fourth movement of "A Suite on Greek Love Songs" by Henk van Lijnschooten.

Shandra Helman, assistant professor of clarinet at Idaho State University, will be the featured soloist on the second half of the program. She will perform the "Introduction, Theme and Variations for Clarinet" by Gioacchino Rossini in an arrangement for clarinet and band. Helman has been at Idaho State since 2009 where she teaches clarinet, music history and music theory. She also performs as a member of the Idaho State Civic Symphony, Boise Philharmonic, and Idaho Falls Symphony orchestras.

The Wind Ensemble will also be performing "Licolnshire Posy" by Percy Grainger, "Canzona" by Peter Mennin, and "Hymn to a Blue Hour" by John Mackey.

Admission policy for this concert is as follows: ISU students, free; pre-college students $4; ISU faculty and staff, $6; and general admission, $8. Children under 6 will not be admitted.

For more information on this concert or about the ISU Bands, call ISU Director of Bands Patrick Brooks at 282-3147.