Findings from a national study of women in jail suggest that these women have high rates of serious mental illness, along with co-occurring posttraumatic stress and substance use disorders. 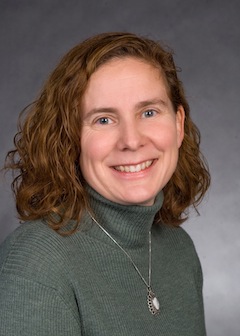 "These findings suggest that many women in jail have multiple disorders and, subsequently, have complex treatment needs," said the study's lead investigator, Shannon Lynch, professor and chair of the Idaho State University Department of Psychology, who worked with investigators Dana DeHart of the University of South Carolina College of Social Work, Joanne Belknap of the University of Colorado, Boulder, and Bonnie Green of Georgetown University.

Most jails, however, are limited in their capacity to provide mental health treatment.

Between June 2011 and June 2012, 491 women in rural and urban jails in five states – Colorado, Idaho, Virginia, Maryland and South Carolina – participated in structured diagnostic interviews for the study funded by the United States Department of Justice and Bureau of Justice Assistance.

The investigators report that 43 percent of the participants met criteria for a lifetime serious mental illness, with rates including:

These rates of major depression, bipolar, substance use disorders and PTSD are 1.4 to 5 times higher than rates for women in the general population.

Women in jail also demonstrated high rates of co-occurring disorders; for example, one in four women met lifetime criteria for a serious mental illness, posttraumatic stress disorder and a substance use disorder. In addition, about 25 percent of women with disorders reported severe functional impairment in their daily lives.

"Women's mental health struggles were linked to their pervasive victimization histories–these women suffered many different types of abuse in childhood and into adulthood," DeHart explained.

"This is important as we know multiple experiences of victimization increases risk of mental health problems," Lynch said.

And jails have a hard time treating those mental health problems.

"It's not what we are resourced to do," said one correctional officer interviewed for the study.

Corrections administrators and staff uniformly expressed awareness of mental health as a serious problem for female offenders but also noted scant funding for mental health programming in jails, as well as deficient resources for coordinating efforts of correctional staff with mental health services in surrounding communities.

"It is important to recognize that allowing women to go untreated represents a serious risk for recidivism," said Lynch.

Findings suggest that serious mental illness was associated with more experiences of victimization prior to incarceration, more extensive criminal histories, with more violent offenses, and with earlier onset of offenses such as running away, substance use, and drug related crimes.

"Assessment of victimization experiences and mental health, especially recognizing the extent of co-occurring disorders, is critical to inform treatment programming and to interrupt the cycle of reoffending," Lynch said.

This is one of the first and largest studies to include women in multiple states, including both urban and rural sites.