It has been a busy year of travel for Idaho State University School of Engineering Director D. Subbaram Naidu who in the last academic year has visited Turkey, Russia, China and Greece to deliver academic and research presentations and to explore research collaborations. 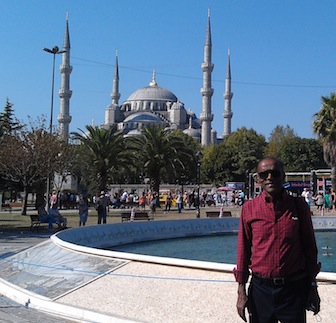 Most recently, he visited Istanbul, Turkey, to present an invited plenary lecture, "Singular Perturbations and Time Scales (SPaTS) in Control Theory and Applications," at the 12th World Scientific and Engineering Academy and Society International Conference on Systems Theory and Scientific Computation.

At the conference, Naidu also presented the following two papers:

In Turkey, Naidu visited Control Engineering Department, Istanbul Technical University (ITU) and made an invited presentation titled, "Smart Prosthetic Hand Technology at Idaho State University." ITU is one of the top technical universities in the world and was established in 1773. 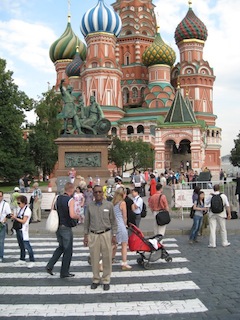 Naidu visited Russia first to attend the ninth International Federation of Automatic Control (IFAC) Symposium on Advances in Control Education (ACE) held at Nizhny Novgorod, Russia, to commemorate 125 years of the celebrated Lyapunov Stability Theory and then to visit Moscow State University and Institute of Control Sciences, Russian Academy of Sciences in Moscow.

In addition, Dr. Naidu was an invited panelist on the topic of session on "Rethinking Control Education in the Modern World."

In Moscow, Naidu visited the mathematics department at Moscow State University and made a presentation on "Singular Perturbations and Time Scales (SPaTS) in Control Theory and Applications." In particular, Naidu met Adelaide Vasileva, who is retired and 76 years old and whose pioneering work on nonlinear differential equations with small parameters multiplying the highest derivatives was the inspiration for Naidu's doctoral thesis on "Application of Singular Perturbation Technique to Control Problems" and to many other researchers throughout the world. While in Moscow, Naidu also visited the Institute of Control Sciences at the Russian Academy of Sciences. He held discussions with Sergey Ryskin for possible research collaboration with Institute of Control Sciences. 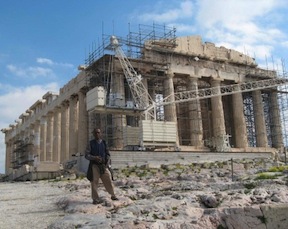 On a different trip, Naidu delivered the plenary lecture on smart prosthetic hand technology at ISU at the 6th International Conference on Circuits, Systems and Signals at Athens, Greece.

He also presented three other papers at the conference in Greece:

• "Robust Control of a Prosthetic Hand Based on a Hybrid Adaptive Finger Angle Estimation," by Fassih, Naidu,  Chiu and Kumar.

Naidu visited the Center for Applied and Interdisciplinary Mathematics (CAIM) of the East China Normal University (ECNU), Shanghai, where Naidu gave a short graduate level course for three weeks on optimal control based on his own book, "Optimal Control Systems." The course was attended by a mixture of doctoral, master, and senior undergraduate students in the mathematics department.

His final stop in China was to the Academy of Mathematics and Systems Science, Chinese Academy of Sciences, Beijing, where Naidu was invited by its deputy director, Ji-Feng Zhang. Naidu gave a presentation on "Smart Prosthetic Hand Technology@ Idaho State University" and visited various laboratories at the academy and discussed possible collaboration in intelligent controls.

The whole visit to China was funded by East China Normal University, National Science Foundation of China, and Chinese Academy of Sciences.