Herbert Maschner, director of the Idaho Museum of Natural History and Idaho State University professor of anthropology, has been named a Fellow of the American Association for the Advancement of Science (AAAS).

Election as an AAAS Fellow is an honor bestowed upon AAAS members by their peers. The American Association for the Advancement of Science is the world’s largest general scientific society. 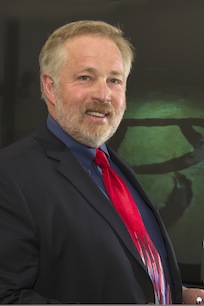 This year's AAAS Fellows will be formally announced in the AAAS News & Notes section of the journal Science on Nov. 30. This year 702 members have been awarded this honor by AAAS because of their scientifically or socially distinguished efforts to advance science or its applications.

"It is an incredible honor to be nominated by the leading scholars in the field of anthropology, and wonderful to be elected by the AAAS Council," Maschner said. "It is a sign that ISU is truly becoming a leader in scientific research."

Maschner, with more than 100 publications and nearly $8.2 million in research grants, was noted by the AAAS for his distinguished contributions to Alaska archaeology, archaeological method and theory, and to complex systems in archaeology.

This adds to his growing list of accolades. In 2006 Maschner was named Idaho State University Distinguished Researcher, in 2011 he was honored as the Idaho Academy of Science Distinguished Scientist, and in 2012 he was awarded the Idaho State Journal Business Person of the Year – Education.

He is also one of 12 archaeologists appointed to the National Science Foundation's Grand Challenges in Archaeology committee tasked to create a plan for the next 20 years of archaeology in the United States. As a result of his election as Fellow, the Society for American Archaeology, the largest society of archaeologists in the world, has appointed Maschner to be their representative to the AAAS.

New Fellows will be presented with an official certificate and a gold and blue (representing science and engineering, respectively) rosette pin on Feb. 16 at the AAAS Fellows Forum during the 2013 AAAS Annual Meeting in Boston, Mass.

The tradition of AAAS Fellows began in 1874. Currently, members can be considered for the rank of Fellow if nominated by the steering groups of the Association’s 24 sections, or by any three Fellows who are current AAAS members (so long as two of the three sponsors are not affiliated with the nominee's institution), or by the AAAS chief executive officer.

Each steering group then reviews the nominations of individuals within its respective section and a final list is forwarded to the AAAS Council, which votes on the aggregate list.

The Council is the policymaking body of the Association, chaired by the AAAS president, and consisting of the members of the board of directors, the retiring section chairs, delegates from each electorate and each regional division, and two delegates from the National Association of Academies of Science.

ABOUT THE AAAS: The American Association for the Advancement of Science (AAAS) is the world’s largest general scientific society, and publisher of the journal, Science (www.sciencemag.org) as well as Science Translational Medicine (www.sciencetranslationalmedicine.org) and Science Signaling (www.sciencesignaling.org). AAAS was founded in 1848, and includes 261 affiliated societies and academies of science, serving 10 million individuals. Science has the largest paid circulation of any peer-reviewed general science journal in the world, with an estimated total readership of 1 million. The non-profit AAAS (www.aaas.org) is open to all and fulfills its mission to "advance science and serve society" through initiatives in science policy, international programs, science education, and more. For the latest research news, log onto EurekAlert!, www.eurekalert.org, the premier science-news Web site, a service of AAAS.