Three students from the Shoshone-Bannock Tribes are the first to enroll in an Idaho State University geosciences program that is designed to blend western science and Native American knowledge to produce more effective professionals for Indian Country.

ISU has received a $199,987, three-year grant from the National Science Foundation titled "Opportunities for Enhancing Diversity in the Geosciences" that, if successful, could lead to a much larger grant, possibly $1 million or more, from the NSF.

The scope of the grant is large and is not adequately reflected in its title, according to the grant’s principal participants. 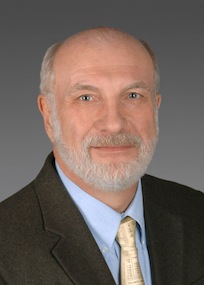 "We're looking at a holistic approach to produce Native American professionals in the geosciences who can go back to their tribes and be leaders," said Ken Trimmer, ISU business professor who is the grant's principal investigator.

Trimmer noted that Native Americans are underrepresented in a variety of science, technology, engineering and mathematics (STEM) fields, but geosciences is an especially important discipline because of all the land issues – from developing resources to cleaning up pollution – affecting reservation lands nationwide.

"We're trying to marry the western scientific approach with the Native American approach to geosciences," said Michael McCurry, ISU geosciences professor and a co-principal investigator on the grant. "This project extends beyond the traditional STEM model of learning geoscience. We're hoping the traditional native cultural perspective and knowledge of the land can be blended with scientific training to bring new ways to solve nettlesome land-use problems."

The ISU geosciences department offers Bachelor of Arts and Bachelor of Science degrees in geology and five different tracks in earth and environmental systems. Students admitted into the program can be awarded up to $5,000 per semester for tuition and expenses.

In addition, students in the program have been assigned an academic advisor, Mark Edwards, to tutor them in mathematics and other STEM disciplines. Edwards, who is part Kuna, the indigenous people of Panama, will also provide a wide range of academic and practical counseling and recruit students nationwide to participate in the program.

"We're providing robust advising and mentoring and seriously incorporating Native American culture into the development of their education and professional training," Trimmer said.

Bobette Haskett, a member of the Shoshone-Bannock Tribes and a current participant in the ISU geosciences program, expressed her excitement about the program.

"It's awesome," Haskett said. "It's a wonderful opportunity for me as a Native American. There's lots of support like tutoring and help with what I need for school, whether it be financial or moral support. This is an excellent opportunity for ISU to interact with the Shoshone-Bannock Tribes and build a connection between the two." 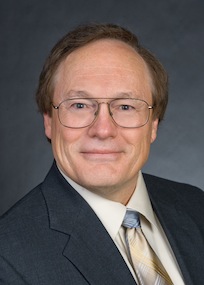 Although current participants are residents of Southeast Idaho, the grant administrators are trying to recruit from throughout the country and the grant's named consultants includes one from Great Basin College in Elko, Nev., and one from Stone Child College, a tribally-controlled community college of the Chippewa-Cree Tribe located in Box Elder, Mont.

"I think the program is pretty cool and is a really great concept," Edwards said. "One of its best parts is that the Native American students can relate to and feel proud of what their culture has produced and how it relates to modern science."

An example of how Native American culture relates to modern science was demonstrated this summer during a Summer Youth Stem Education Experience organized for 14- to 17-year old Shoshone Bannock Tribes members that was funded in part by the NSF grant as a recruiting effort. Participants in the four-day program attended educational sessions on a variety of topics held at locations including Fort Hall Reservation, the Idaho National Laboratory, the Yankee Fork of the Salmon River and Craters of the Moon.

"I went on one of the field trips to the Craters of the Moon and each time we would make stop an ISU professor would speak about the area in terms of science and geology, followed by an elder from the Shoshone-Bannock Tribes who would stand up and give a cultural story about the same area," Edwards said. "The two discussions blended on top of each other so perfectly."

As an example, at one point a hydrologist spoke of and held up a detailed satellite map of the Snake River Plain and its tributaries.  Then directly afterword, the tribal elder talked of Map Rock – a large boulder located on the west side of the Snake River Plain where over thousands of years shamans made carvings on the rock of each river that they had been to.  When the elder held the picture of the rock over the satellite map the similarities were nearly exact.

In another example, McCurry, a geosciences professor, lectured on the geology of the Craters of the Moon.  A tribal elder then spoke about what Native Americans had seen and recorded on the volcanic eruptions in the area.

"We saw cross-linkages between the science we were teaching and what the Native Americans had recorded in a storytelling format," McCurry said. "There's plenty we can learn from each other."

Students enrolled in the program, which emphasizes field- and laboratory-based hands-on training, can have their program individually tailored for them. For example, cross-disciplinary tracks are available in biological systems, environmental health, environmental policy and management, global environmental change and environmental geochemistry.