Idaho State University has announced the hire of Howard Grimes as the new ISU Vice President for Research and Economic Development.

Grimes has been Vice President for Research, Dean of the Graduate School and the Director for the Center for the Environmental Research, Education and Outreach at Washington State University. 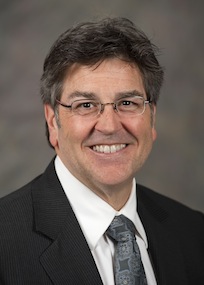 "We are pleased that Dr. Grimes is coming on board to help us further enhance and expand our research activities across a broad range of disciplines," said Arthur Vailas, ISU President. "Grimes possesses an impressive background as a researcher, an administrator and in developing intellectual property. We're excited about all the skills and enthusiasm he is bringing to Idaho State University."

Grimes said he is looking forward to his new position.

"What excites me about ISU is that it has tremendous potential and is on the cusp of major advancement in its research in several strategic areas," Grimes said. "There's tremendous potential for growth in health sciences, nuclear science, energy, natural history, life sciences and the development of nano materials, to name a few."

Collaboration is a large part of Grimes plans.

"ISU is well-leveraged for collaboration with other universities and entities such as the Idaho National Laboratory, and some underutilized resources in Southeast Idaho and the region," Grimes said.  "Another thing that is attractive about ISU and Southeast Idaho is the potential for community and private industry collaboration with the University. ISU can partner with the community and business in new and innovative ways to grow economic development."

His varied background will serve him well. As director of WSU's Center for Environmental Research, Education and Outreach, Grimes oversaw an interdisciplinary unit of more than 220 scientists examining the impact of global climate change on living environments and agricultural ecosystems.

In his previous role as WSU vice president for research and dean of the Graduate School, he led the largest growth in grant funding in Washington State University history, an 85 percent increase. Additional achievements include the growth of student enrollment and interdisciplinary programs and integrated research and graduate school programs that resulted in new National Science Foundation- and National Institutes of Health-funded multidisciplinary doctoral training grants. He also coordinated a network of government, universities, the Department of Defense, national labs and the private sector to advance WSU research to the market.

To facilitate innovative research, Grimes was instrumental in upgrading a wide variety of research centers and equipment at WSU.  He has also created new international opportunities in education and research with exchange programs recently established with some of China's prominent universities.

Grimes is an elected Fellow of the American Association for the Advancement of Science. He has published extensively on areas ranging from molecular biosciences to developing new paradigms for facilitating biotechnology development in the developing world. He earned his master's degree in plant pathology from the University of Massachusetts, Amherst, and his doctorate in botany from North Carolina State University.

Grimes said he likes ISU for other reasons besides the work.

"Both my wife and I are avid outdoors people," he said. "We run, ski, hike and bike – anything outside we're pretty much into it. The incredible outdoor opportunities are one of the draws of the Pocatello area. Our lifestyle is a great match for the area."

Grimes wife, Heidi Jarvis-Grimes, has been the director of external relations and development at the WSU Office of Research and Graduate School. She completed her 20th season as conductor of the Pullman Community Civic Symphonic Band. She is a clinician and adjudicator at local, state and national levels. She was the recipient of the Pullman Washington Chamber of Commerce Civic Improvement Award, presented for outstanding contribution to the improvement of community and citizen relations.

The couple will be arriving in Pocatello with their white labrador retriever, Pocatello Buzz, who was just recently christened with the first half of his name.