These are some of the themes found among the winners of the 2012 National Outdoor Book Awards (NOBA).The annual awards program recognizes the best in outdoor writing and publishing. 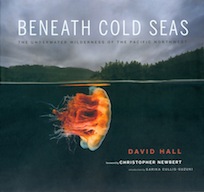 "The judges were unanimous in their assessment of photographer David Hall's work," said Ron Watters, chairman of the awards program who announced the winners on Nov. 15. "He is a gifted artist and has created a masterpiece."

Hall's large format book "Beneath the Cold Seas" is a collection of photographs taken in the underwater world of the Pacific Northwest.

"To get his photographs, Hall works under exceptionally difficult conditions," Watters said. "He dives in bitter cold waters and works without a tripod. Due to the turbidity of the water, he can't use telephoto lenses and has to get close to his subjects. Despite these obstacles, he does exquisite work." 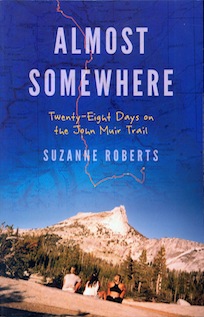 Among the winners is "Almost Somewhere: Twenty-Eight Days on the John Muir Trail" by Suzanne Roberts. It is one of two winners in the Outdoor Literature category.

"Almost Somewhere" is about a backpacking trip that Roberts takes with two other women.  It's outdoor adventure from a feminine perspective. Roberts obsesses with her weight and grapples with conflicted views of sex and relationships. One of the other women on the trip struggles with bulimia.

"It's an introspective and honest narrative of their journey," said Watters. "What emerges from the book is a revealing and insightful coming-of-age portrait of women of the post baby boom generation." 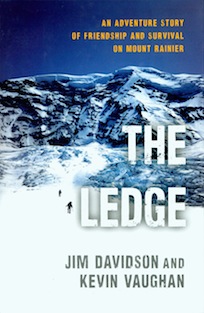 The other winner of the Outdoor Literature Category is "The Ledge" by Jim Davidson and Kevin Vaughan. It is the true story of Davidson's desperate attempt to escape from a crevasse on Mount Rainier. After he falls, he finds himself caught with his pack wedged between two walls of ice.  Below him is an abyss.

"I promise," said Watters. "This is a book that will keep you turning the pages. Davidson must dig deep into his inner physical reserves, all the while struggling internally with a range of emotions that alternate between hope, despair and terror. It's a spellbinding account."

"The Forest Unseen" by David George Haskell is the winner of the Natural History category. Haskell describes the natural processes occurring on one square meter of an old growth forest.

"It's quite a unique and fascinating perspective. Haskell works wonders, using only a tiny patch of forest, and creates for the reader a mesmerizing account of the natural world."

Two winners were also awarded in the history/biography category. The first of the two is "Buried in the Sky: The Extraordinary Story of the Sherpa Climbers on K2's Deadliest Day" by Peter Zuckerman and Amanda Padoan. 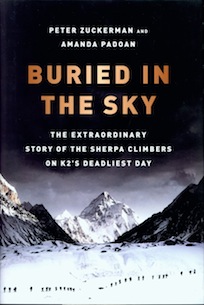 "Buried in the Sky" chronicles the 2008 climbing season on K2, the second highest mountain in the world.  During a turn in the weather, 11 climbers died and three others were seriously injured.  The authors tell the story of what happened from the Sherpas' point of view.

"This is a book that really needed to be written," said Watters.  "It finally humanizes the unsung heroes of the mountaineering world and their hopes and dreams for a better life."

The other winner in the history/biography category is "Anything Worth Doing" by Jo Deurbrouck.  This book is about two men who launch a small wooden dory on Idaho's Salmon River during flood stage.  Their plan is to float all night and all the next day in an attempt to set a 24-hour speed record.

"This is a highly creative and exceptionally well written book.  It will keep you glued to the pages," Watters said.

Complete reviews of these and the other 2012 winners may be found at the National Outdoor Book Awards website at:  www.noba-web.org.

• History/Biography. Winner. "Anything Worth Doing: A True Story of Friendship and Tragedy on the Last of the West's Great Rivers." By Jo Deurbrouck. Sundog Book Publishing, Idaho Falls, ID.

• Design and Artistic Merit. Winner. "Beneath the Cold Seas: The Underwater Wilderness of the Pacific Northwest." By David Hall.  University of Washington Press, Seattle and Greystone Books, Vancouver.

• Nature and the Environment. Winner. "The Melting Edge: Alaska at the Frontier of Climate Change." By Michael Collier. Alaska Geographic Association, Anchorage.

• Nature and the Environment.  Honorable Mention. "Polar Bears: A Complete Guide to Their Biology and Behavior." By Andrew E. Derocher.  Photographs by Wayne Lynch.  The John Hopkins University Press, Baltimore.