May 4, 2011
ISU Marketing and Communications

Chikashi Sato, professor of environmental engineering at Idaho State University, has been awarded a Fulbright Scholar grant to teach and do research at Tribhuvan University in Prithvi Narayan Campus, Pokhara, Nepal.

Sato will spend about 80 percent of his time teaching students environmental science and engineering by addressing issues of water quality and proposing possible solutions to improve water quality and human health standards in their country. He will devote the rest of his time to initiating research activities in the development of sustainable water treatment in collaboration with Idaho State University. 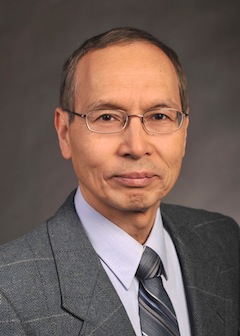 For further information about the Fulbright Program or the U.S. Department of State’s Bureau of educational and Cultural Affairs, please visit the website http://fulbright.state.gov or contact James A. Lawrence, Office of Academic Exchange Programs, telephone 202-632-3241 or email fulbright@state.gov.