Idaho State University's Lauralee Zimmerly has been honored with the National University Dance Educator of the Year Award from the National Dance Association (NDA), one of six national groups that comprise the American Alliance for Health, Physical Education, Recreation and Dance (AAHPERD).

She received the award because of her comprehensive expertise and knowledge in the field of dance; her research projects and writing on dance, her choreography and performance, and her teaching.

"I am extremely honored," said Zimmerly, ISU associate lecturer in dance. "Initially, it was a total surprise that I was a finalist, and I couldn't believe it. Then, to receive the award at the conference was an even bigger thrill." 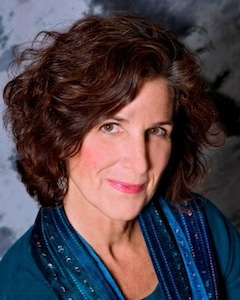 Zimmerly has been teaching dance at Idaho State University for 12 years. "I think one reason they selected me was because of my longevity in a dance program, making it through both the challenges and high points of dance at ISU," she said. When Zimmerly started at ISU, the dance program was offered in the physical education department and was under the direction of Dr. Marcia Lloyd whose vision moved the program forward.  ISU currently offers a minor in dance as part of the Department of Theatre and Dance in the School of Performing Arts.

"Our program has always strived towards developing a dance major at ISU, and we’re waiting for the right timing to move forward with the process," Zimmerly said.

Zimmerly said she is proud of the program she represents. In the last year, ISU dance director Joséphine Garibaldi and faculty member Molly Jorgensen have been acknowledged at the American College Dance Festival Association (ACDFA) Conference for their choreographic works and ISU student dancers have been recognized for their talent in performing.

"The Idaho State University dance program really has a presence in the national dance community, which is remarkable, since we only have a minor program," Zimmerly said. "We are in the same league as university dance departments that offer majors and Master of Fine Arts degree programs in dance."

Zimmerly, who is schedule to receive a Doctor of Education degree this summer, received the award at the 2011 National AAHERD Convention held in her hometown, San Diego. "It was great for me to go to my hometown to receive the award because my whole family was actively involved in dance and physical education there."