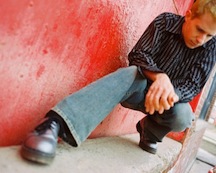 Farnham, a Los Angeles, Calif. native, has been called the "international entertainer of contemporary piano music."  His compositions have entertained and captivated audiences from around the country.  He is known as a "chameleon artist" because of his wide array of musical styles.  From his romantic hit "When," to his Irish melody "Be Thou My Vision," his pieces have entertained audiences.

Accompanying Farnham for this Valentine show are guest artists Ian Dobson and Coco York. York has accompanied such big names as Lionel Richie, B.B. King, Dianne Reeves and Tanya Marie. She has also performed for former President Bill Clinton and Queen Beatrix of the Netherlands. Dobson, a master percussionist, has performed for the Bill and Melinda Gates Foundation, Boeing, Starbucks and at many colleges and universities.

Tickets prices are $20 for main level and $16 for upper level and can be purchased at the Stephens Performing Arts Box Office, open from 10 a.m. to 4:30 p.m. weekdays during the school year.  Tickets can also be purchased over the phone at (208) 282-3595, online at www.isu.edu/stephens/tickets.shtml, or at Vickers Stores in Pocatello and Idaho Falls.