Idaho State University professor studies self-identified vampires; seeks to understand them and how they are understood

Idaho State University Assistant Professor of social work D.J. Williams is devoted to researching "self-identified vampires" and the vampire sub-culture and educating mainstream culture about them.

"My interests involve how self-identified vampires understand themselves and their practices, and how they are interpreted by others, based on existing social processes and available social discourses," Williams said. "I am one of the few scholars who has worked directly with the vampire community." 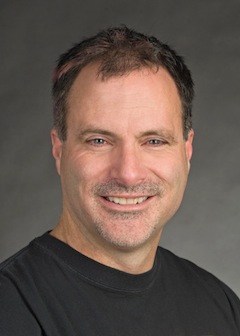 Williams has published on this topic in peer-reviewed academic journals Leisure Sciences and Leisure/Loisir, and has acted as a consultant for the FBI regarding understanding vampire identities, issues and practices. He has also been approached as an expert for a proposed television documentary on these topics.

"It has taken me a long time to get the trust to work with these self-identified vampires, because they are skeptical about how outsiders will perceive them and they feel that they are easily misunderstood," said Williams, who has made contact with the vampire subculture in several large urban areas of the United States and Canada.

Williams said as a social scientist he is not concerned with being able to scientifically define or identify those people who consider themselves vampires. Rather, his interest is to study and communicate about this self-identified group. Most large urban areas have a vampire subculture, he said. Self-identified vampires do not believe they are superhuman versions of various myths, according to Williams. Rather, these self-identified vampires are normal human beings who simply identify strongly with any number of traits associated with mythical vampires.

Self-identified vampires say they have different energy needs than other people and that they may be distinguished based on the different sources of energy from which they "feed."

In the public mind people who identify themselves as vampires may be seen as delusional, violent or dangerous, or identified with criminals such as Jeffrey Dahmer.

"The vampire community denies those things and isn't associated with violent, dangerous or criminal behaviors," Williams said. "This community wants to speak out and educate people on what they are and what they are not."

Extensive demographic research conducted within the international vampire community shows that they vary considerably in ethnicity, religious affiliation, education, and psychological profile, according to Williams.

"The underlying theme of all this is for people to be more understanding and compassionate," Williams said. "We may be tempted to dismiss someone for what we identify them with, but these are human beings who have a right to live happily and with self-determination. With vampires and other groups I have worked with, they are at-risk for discrimination, which is based on misinformation. It is important for me to see how they are understood."