Five Idaho State University faculty members have received 2011 Outstanding Master Teacher awards and will be honored at a reception on April 27. One will receive the 2011 ISU Distinguished Teacher Award to be announced at the reception. 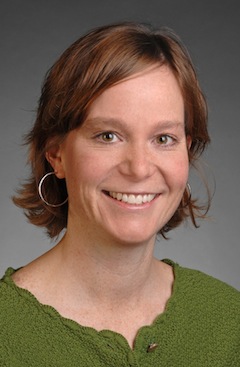 Donna Lybecker is an associate professor of political science. Her research interests include the U.S.-Mexico border, environmental politics in the Western United States and Latin America, and the framing of political issues.

Along with work published in several journal articles and books, Lybecker is also co-author of two books, "Great Debates in Environmental History" with B. Black (2009), and the forthcoming "Pathways to Conflict and Cooperation" with G. Hastedt and V. Shannon.

She previously worked as a contractor with the U.S. Geological Survey and as a post-doc with the U.S. Forest Service. She continues her research with these scholars. Dr. Lybecker is currently the advisor of ISU's International Affairs Council, a student-run organization that sponsors and conducts ISU's annual Frank Church Symposium on International Affairs. In her nomination, her students and faculty praised her dedication to teaching and her students.

Outside of ISU, Lybecker is a member of the Executive Council for the Western Social Science Association and an associate editor for the Social Science Journal and the International Journal for Sustainable Society. 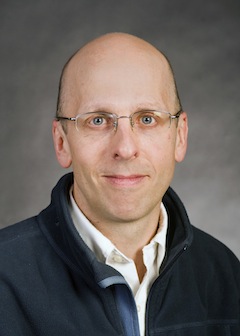 James Skidmore is an associate professor of philosophy. His research interests are mainly in ethical theory, particularly Kantian and utilitarian moral theory. He teaches several courses, including Introduction to Ethics, Introduction to Philosophy, Bioethics and upper-division courses in Ethical Theory, Political Philosophy, and Philosophy of Law.

Skidmore’s publication, "Duties to Animals: The Failure of Kant’s Moral Theory" was republished in two textbooks — "Applied Ethics" in 2004, and "Environmental Ethics" in 2003. He was recently a reviewer for a manuscript on animal rights for Columbia University Press, and has reviewed several manuscripts for Oxford University Press.

One nominator, a former student, wrote of his teaching: "I eventually changed my major from English to philosophy, due in no small part to my engagement in Jim's courses … (Dr. Skidmore) proved to be a very dedicated and demanding advisor who encouraged me to push myself."

His colleague, Russell Wahl, wrote, "He is passionate about ethics and political philosophy, and brings his sense of reflection on these issues to the classroom." 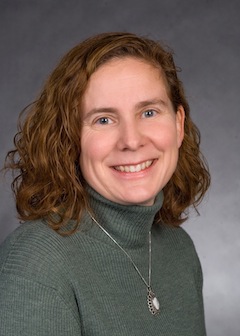 Shannon Lynch is an associate professor of psychology. She teaches undergraduate and graduate courses in psychopathology, treatment, and diversity, and supervises clinical students providing therapy in the ISU Psychology Clinic. In 2009, she was awarded the Infusing Diversity into Teaching Award by The Society for Teaching of Psychology. In 2005, she was a University finalist for U.S. Professor of the Year sponsored by the Council for Advancement and Support of Education and the Carnegie Foundation for the Advancement of Teaching.

Her research interests include violence against women and trauma survivors' use of resources to cope with and recover from traumatic events.  Currently, her research team is conducting a series of projects examining incarcerated women's trauma exposure and treatment needs. In her laboratory, Lynch works collaboratively with graduate and undergraduate students to carry out research projects, and she considers mentoring students in research to be an essential part of her teaching.

Lynch has served as interim chair of psychology since 2009 and was selected to participate in the APA Leadership Training Institute for Women in Psychology in 2010-2011. Lynch has taught at Idaho State University since 2004. She completed a postdoctoral fellowship at the Victims of Violence Program at Cambridge Health Alliance/Harvard Medical School, earned her Ph.D. and master's degrees in psychology from University of Michigan, and a bachelor's degree in psychology and child study from Tufts University. 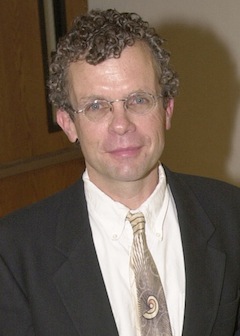 Roger Schmidt is a professor of English, and has been teaching at Idaho State University since 1989. His primary area of teaching is Eighteenth-century British literature, but he teaches a wide variety of courses at the University.

Schmidt is well liked by his colleagues and students alike. One nominator, a student, wrote: "Dr. Schmidt is one of the most knowledgeable, intuitive and dedicated individuals I have ever encountered. He brings to the classroom not only a profound understanding of the subject matter at hand, but also an intense curiosity for the world in general — a curiosity that acts as a galvanizing force for his students."

This spring, Schmidt was given the American Society for Eighteenth-century Studies Innovative Course Design Award for his course, "How to Forge a Jane Austen Manuscript." He also created an internship program where English majors serve as tutors at the Pocatello Community Charter School.

Schmidt earned his Ph.D. in English with an emphasis on Restoration and Eighteenth-century English literature from the University of Washington, where he also took his master’s and bachelor’s degrees. 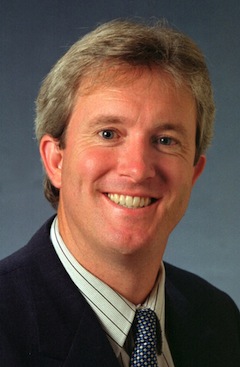 Kevin Parker is a professor of computer information systems.  He has been teaching at Idaho State University since 1999. He has designed and taught more than a dozen different computer information systems and computer science courses at ISU, including both introductory and advanced programming, object-oriented development, database design and implementation, and interactive web development.  Several of these courses were developed by and taught for the first time by Parker.

In 2002-2003, Parker was named the College of Business's Outstanding Teacher. His students have unanimously given him the highest teaching effectiveness rating in nine different classes.  Although students find his courses challenging, they appreciate his dedication and thoroughness.  One nominator wrote: "I can state, without hesitation, that Dr. Parker is an outstanding teacher and amongst the finest teachers in this institution…"

In 2005-2006, he was named the College of Business's Outstanding Researcher. Since coming to ISU, he has published 23 refereed journal articles, seven book chapters, and 25 conference proceedings.