May 9, 2011
ISU Marketing and Communications

Idaho State University's Cynthia Pemberton has been awarded a Fulbright scholarship to teach at the University of Malta, in Misida, Republic of Malta, for the 2011-12 academic year.

"A Fulbright is like the academic Olympics," Pemberton said. "It is the gold standard in terms of academic achievement. I am thrilled, honored and delighted." 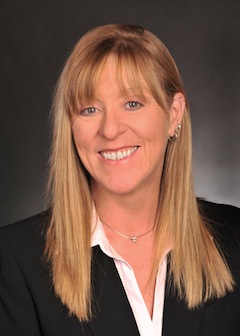 Pemberton, associate dean of the ISU Graduate School and a professor of educational leadership, will teach in the University of Malta's Department of Education Studies. She will be on Malta Island, which is the largest of the three major islands that constitute the Maltese archipelago and Republic of Malta, located in the Mediterranean Sea off the coast of Italy and north of Sicily. She has received a Core Fulbright Scholar Program award that will focus on lecturing.

Pemberton is the third person from ISU to receive a Fulbright this spring: last month, Chikashi Sato, ISU professor of environmental engineering, was awarded a Fulbright Scholar grant to teach and do research at Tribhuvan University in Nepal; and Mike Adams, a graduating ISU Master of Fine Arts student, received a Fulbright grant to study sculpture in Oslo, Norway.

Pemberton, who has not yet received full details of her award, will likely have a nine-month award starting in early October that will last through next June.

"The University of Malta education curriculum was a good match for my capabilities," Pemberton said. "My primary responsibilities will be teaching courses associated with educational equity, social justice advocacy, leadership and research."

The title of Pemberton's Fulbright project proposal is "Awareness to Advocacy: A Cross Cultural Exploration of Education Equity and Ethics."

"A central goal throughout my academic career has been to engage students in spirited debate of contemporary problems in education, increase awareness of national and global educational issues—particularly as they relate to issues of educational equity and diversity; and to promote leadership, guidance, and heighten understanding of gender issues in education," Pemberton said. "Those remain my goals during my Fulbright."

Pemberton has published and presented locally, regionally, nationally and internationally on Title IX and gender equity in school sport. Her book, "More Than a Game: One Woman's Fight for Gender Equity in Sport," addresses Title IX from both personal and professional perspectives, through a lived experience pursuing gender equity in sport at a small liberal arts college in Oregon. Pemberton is a 2008 HERS (Higher Education Resource Services) graduate and a 2010 Vision 2020 Equality in Sight national delegate.

For further information about the Fulbright Program or the U.S. Department of State’s Bureau of educational and Cultural Affairs, please visit the website http://fulbright.state.gov or contact James A. Lawrence, Office of Academic Exchange Programs, telephone 202-632-3241 or email fulbright@state.gov.