Idaho State University has announced the appointment of Kandi Turley-Ames as founding dean of the ISU College of Arts and Letters.

"Dr. Turley-Ames has done a superb job in working closely with faculty and staff to build the new college," said Provost Gary A. Olson. "She has proven herself to be a true academic leader and the ideal person to serve as permanent dean." 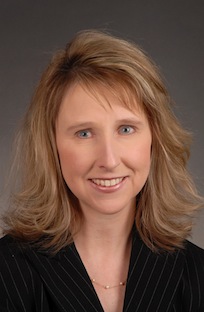 Turley-Ames has served in this position in an interim capacity since last August.

"I look forward to working with my colleagues in the College of Arts and Letters building a college that sets the bar for excellence in teaching, research and creative activity," Turley-Ames said.

Prior to ISU's reorganization last summer, Turley-Ames served a year as ISU associate vice president for academic affairs. She served as chair of the Department of Psychology from 2003 to 2009, where she helped develop a clinical psychology Ph.D. program that is rated first in the nation out of 207 programs based on licensure exam scores as cited in Psychological Reports in 2008.

In 2006-2007 Turley-Ames was named Distinguished Teacher at Idaho State University. She is a graduate of the Higher Education Resource Service (HERS) for women in higher education administration, and in 2007-2008 was a nominee for the U.S. Professors of the Year Award. She earned her Ph.D. in psychology with an emphasis in cognition and memory in 1996 from Washington State University.