Ten Idaho State University alumni will be honored with ISU Professional Achievement Awards at ISU Commencement exercises on Saturday, May 7, in Holt Arena.

Professional Achievement Award recipients are alumni who have made important contributions to their careers or profession, to the social, political or economic well-being of the world around them and have shown continued community and civic involvement in addition to their association with and contributions to Idaho State University.  Individuals selected for these prestigious awards have been out of school at least 10 years and have excelled in their chosen field attaining significant success and accomplishments. 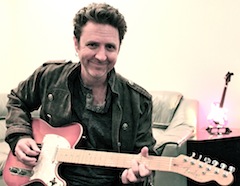 Bart Hendrickson began his professional career in music in 1999 as a sample and sound designer for Academy Award-winning composer Hans Zimmer. Since that time he has worked on the films "Gladiator," "Mission Impossible 2," "Hannibal," "Pearl Harbor," "Black Hawk Down," "The Last Samurai," "Spirit," "The Ring," "King Arthur," "Batman" and "Da Vinci Code," while writing additional music for "Hannibal," "Pirates of the Carribbean's 1," "2" and "3," "We Were Soldiers," "The Ring 2," "The Island," "Timber Falls" and "Call of Duty, Modern Warfare 2."

Hendrickson and writing partner J Bateman have had two movie releases of their own — 2004's multiple award-winning film "Saints and Soldiers" and "Forever Strong" in 2007.

Currently, Hendrickson is composing music for the motion picture, "Three of a Kind," to be released in fall 2011. 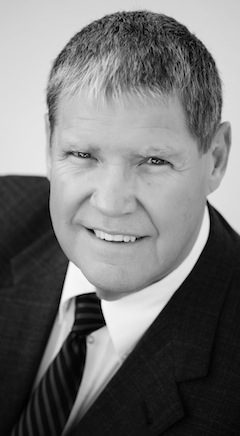 Tolman earned a bachelor's degree in economics from Idaho State University in 1975, and a graduate degree in operations from BAI School for Bank Administration at the University of Wisconsin in 1983. He has worked as Keycorp since 1988.

Previously, he was senior vice president and manager of operations and planning at Idaho bank and Trust Company.

Tolman served as president and member of the board of directors of Payment Solutions Network, member of the Federal Reserve Board ECP Advisory Group, along with leadership positions in several other organizations. Tolman also served on the dean’s advisory board for the College of Arts and Letters. He is a speaker at various industry-related conferences.

It was Tolman's goal to retire early, return to Pocatello, and get involved in his church, community and alma mater. Wade retired from KeyCorp as executive vice president and manager of Enterprise Technology in the fall of 2004 after more than 30 years in the banking industry.

He chose to continue his support of Idaho State University because of the unique educational opportunities it provided both he and his wife while attending ISU. Wade majored in economics and received many research and work-study opportunities in the small, close-knit department. Wade and his wife Karen have been married for 33 years and are devoted to their two daughters and four grandchildren. 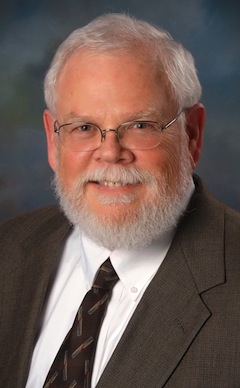 Poole has more than 30 years of experience addressing water quality issues from the perspective of academia, state and federal agencies, and the private sector. He has earned the EPA’s Bronze Medal for Commendable Service for his outstanding efforts on behalf of Idaho’s water resources.

Poole worked for many years for the Idaho Department of Environmental Quality as a water quality compliance officer and an assistant administrator for community programs. He later became the national program administrator for America’s Clean Water Foundation and travelled both nationally and internationally to deliver keynote speeches on the importance of clean water.

He was also part of "TECHNO 2100: Keeping Our Waters Clean" that premiered nationally on cable television in 2001.

Currently, Poole is working in Idaho as a biologist for the Natural Resource Policy Bureau of the Department of Fish and Game. 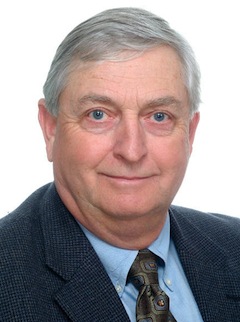 Michael Heinrich received his bachelor's degree in nuclear science and engineering from Idaho State University in 1971 and then continued on to receive his master's of business administration in marketing in 1985.

Heinrich is a successful entrepreneur with more than 30 years of business development experience. He is most recently retired from a managing partner position at mnp Enterprises where he provided consulting and marketing services.

Heinrich was a member of IEEE / Power Engineering Society from 1990 to 2011 and also coordinated R&D activities for the 12 largest western Electric Utilities as part of the Electric Power Research Institute's (EPRI) Power Delivery and Energy Utilization sector from 2007 to 2009.

In California, Heinrich was instrumental in building the success of "Independent System Operator" or ISO, and the "Power Exchange" or PX in 1998. Heinrich led the development of a team of ABB, Perot Systems, and Ernst & Young to help build these systems. He also led the applications engineering team that developed the designs.
Heinrich currently lives in San Jose, Calif. 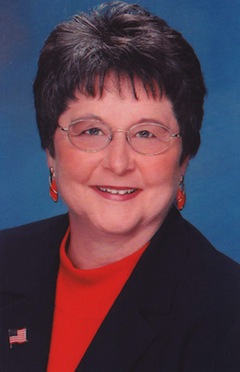 Evelyn Robinson was born to Luther and Marian Robinson and raised with twin brother Evan and sister Marie in Pocatello. She attended Whittier Elementary, Hawthorne Junior High and graduated from Pocatello High School. She moved to the Midwest to attend college where she received her teacher’s diploma and Bachelor of Arts degree in Christian education from Baptist Bible College in May 1968. She went on to receive a Bachelor of Arts degree in elementary education and child, family and community services in December 1978 and a Master of Arts degree in elementary reading and classroom management in July 1979 from Sangamon State University. She returned to Idaho where she received an Educational Specialist degree in educational administration from Idaho State University in August 1988.

Robinson has taught at many schools in both Illinois and Pocatello. Currently, she is principal at Lewis and Clark elementary school. She has received numerous awards, including Idaho’s National Distinguished Principal award in 2004 from the Idaho Association of Elementary principals, and the Women of Achievement Award from ZONTA International in 2005. She has presented many workshops and is currently a member of many boards and committees, including the Pocatello Zoological Society Board of Directors, Leadership for the 21st Century committee and more. 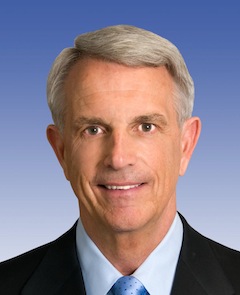 Bruce Nelson came to Idaho State University on a track scholarship. He always appreciated the opportunity Dubby Holt gave him to get his education and he greatly enjoyed his experiences as a student. He was very active in the Sigma Nu social fraternity and the Alpha Kappa Psi business fraternity.

His success as a major corporate leader is often noted in industry and national publications and he is seen on television for sports activities and charities his company supports.

In February 2001, Nelson participated as an Executive in Residence in the College of Business. In that capacity, he spent two days speaking to classes and meeting with student leaders and faculty. Nelson was honored as Idaho State University's Distinguished Alumnus in October 2001. 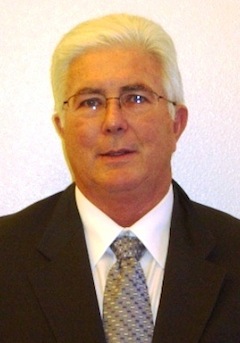 Terry Gillett graduated from the Idaho State University College of Technology's electronics program in 1971 and has remained connected and supportive of the college through the years.

He began his career in 1972 with American Microsystems, Inc. in Pocatello and completed his corporate experience with Intel Corporation in Chandler, Arizona in 2001. In his four decades of experience he worked in nearly all phases of the semiconductor business, beginning as an electronics technician and closing out his corporate career as a Corporate Acquisition Integration Manager. He is currently the chairman of TaG GH Consulting based in Phoenix, and a member of the board of directors for Friends of Perimeter Institute, a U.S. branch of the Perimeter Institute for Theoretical Physics based in Waterloo, Ontario, Canada.

Gillett received the Intel Achievement Award for his leadership in developing the 80C186EX® product family.

Gillett was also the business unit manager of the team that developed the first microprocessor for the highly popular BlackBerry device from Research In Motion (RIM). This breakthrough also earned his team an Intel Achievement Award. He has co-authored a book with Graham Tubbs, which chronicles the Blackberry's development. 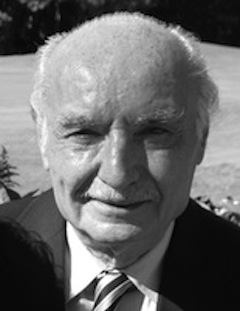 Eli Tour, a native of Tehran, Iran, came to Idaho State University in 1949 after a short time in New York.

After graduating from ISU, Tour returned to Iran where he worked for about a year with his father before moving back to New York. It is there that he met up with his friend and future wife, Hedy. The couple has been married for 55 years.

In 1956, the ISU alumnus opened his first store, Tour Pharmacy in Manhattan. His career provided him the opportunity to open several other pharmacies in the Northeast, and provide consulting to other community pharmacy owners who went into the retail business, he said.

Following a successful career of helping others as a health care professional, Tour continued to serve his community in retirement through volunteerism and philanthropic efforts.

Tour devotes much of his time to working with the National Alliance on Mental Illness and helping those with the disease of addiction. He served as the primary fundraiser for the You Are Not Alone Club, (YANA) where he raised funds for the purchase of two buildings to serve as a school and meeting place for the Family Assistance Program. The facility also serves as a learning center for community members studying the English language.

The couple has three children, eight grandchildren and a great-grandchild.

Their daughter, Jennifer, is an executive for Microsoft in Boston. Jeffrey is an attorney in Columbus, Ohio, and James is professor of chemistry at Rice University, Houston. 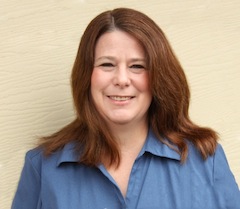 Lory Laughter has been a practicing dental hygienist since her graduation from Idaho State University in 1994. Currently, she is a consultant with Nuvora, Inc., marketer for Solace Solutions and NuCalm and the founder and partner of Dental IQ.

Laughter speaks nationally on various topics and has been a featured writer for RDH Magazine since 2004. Her monthly column, "From the Edge," is very popular among dental professionals.

Opinion Leader for both GC America, Inc. and OraPharma, Inc., as well as being the Thought Leader for Hu-Friedy, Inc.

Laughter currently resides in Napa, Calif. where she enjoys never having to drive in the snow. 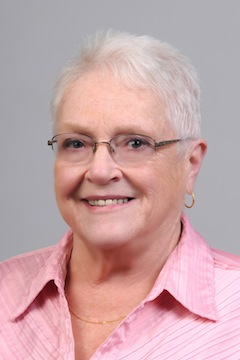 Jacobson has participated in the Idaho Condor Medical Mission to Peru numerous times and has been instrumental in organizing patient care to more than 1,000 Peruvians. She served as the advisor to the Idaho Nursing Student Association (INSA) from 1973-1991 and has been an active member and leader of the American Nurses Association (ANA) and INA member since 1975.

Jacobson served in the United States Army Nurse Reserve in several different positions and was honorably discharged in 1999.