"Dr. Imel received much support from faculty and staff who provided input, strong support from external constituents such as the INL and unanimous support from the Council of Deans," said Gary Olson, ISU provost and vice president for academic affairs. "He will do a tremendous job serving the University." 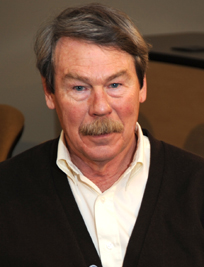 Imel has served in this position in an interim capacity since last July.

"I look forward to helping our students, continuing and increasing the excellence of our programs and preparing them well for their careers," Imel said. "I am also excited about expanding our research role and promoting the college."

Prior to becoming interim dean, Imel had served three years as chair of the Department of Nuclear Engineering. He has direct experience at 14 experimental nuclear reactors at national laboratories in the United States, France and Italy, and he has major publications on plasma physics, ionospheric physics, materials science, fusion engineering, neutron radiography, neutron measurements and system modeling.

Imel has attracted more than $3 million in external funding for his research. He earned his PhD in physics and nuclear engineering from Pennsylvania State University in 1977.