Five Idaho State University faculty members have received 2011 Outstanding Researcher awards and will be honored at a reception on April 27.  One will receive the 2011 ISU Distinguished Researcher Award to be announced at the reception. 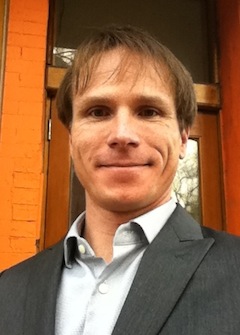 Shawn Bearden is an associate professor of physiology and director of the Center for Biological Imaging. His research focuses on cerebral microcirculation. He earned his Ph.D. in exercise physiology at Florida State University, where he studied performance in competitive cyclists. He held postdoctoral positions at the Yale University School of Medicine and the John B. Pierce Institute, where he developed a new surgical procedure for the visualization of microvessels of muscle, work that resulted in a prestigious and competitive Scientist Development Grant from the American Heart Association (2004–2007). He was hired as an assistant professor at ISU in 2004, where his research has focused on cerebral microvasculature and its role in stroke, dementia, and aging. Since coming to ISU, he has published numerous articles in top journals, including American Journal of Physiology: Heart and Circulatory Physiology, Journal of Physiology: Regulatory, Integrative and Comparative Physiology, Journal of Applied Physiology, and Microcirculation. He is also author of a chapter on muscle blood flow control in the leading textbook for graduate students of exercise physiology. He was promoted to associate professor with tenure in 2009. He won a Research Career Enhancement Award from the American Physiological Society (2009-2010) and, in 2009, he was named a Fellow of the American Heart Association. He currently serves on the editorial board and executive council for the Microcirculatory Society and on research funding councils for the American Heart Association. 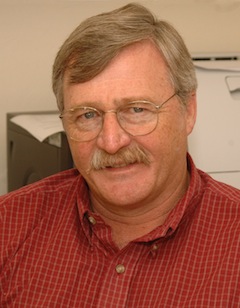 Terry Bowyer is a professor of biology. His research focuses on the ecology, behavior, evolution, and conservation biology of large mammals. In particular, Bowyer's work has revolutionized the understanding of sexual segregation in large mammals, showing that females and males select dissimilar diets and use space differently because of their unique metabolic characteristics. While his work has origins and implications in ecological theory, it has had direct and lasting impact on big game management. Bowyer earned his Ph.D. at the University of Michigan in 1985 and was hired as an assistant professor at the University of Alaska, Fairbanks, in 1986, where he was promoted to the rank of full professor in 1994. He was hired as professor and chair of biological sciences at ISU in 2004. Bowyer has published more than 175 articles (39 of these since arriving at ISU), and his work has been cited more than 3,000 times. He has mentored numerous graduate students, who are now faculty members themselves, as well as wildlife biologists, who are directly involved in wildlife management. Bowyer has received numerous honors. He has four times received the Outstanding Publication Award in Wildlife Ecology and Management from The Wildlife Society (1998, 2003, 2004 and 2009). For his record of research achievement, he has been named fellow of The Arctic Institute of North America, The Wildlife Society and the American Association for the Advancement of Science. He received the prestigious C. Hart Meriman Award from the American Society of Mammalogists for his research on mammals. He was an ISU Outstanding Researcher in 2009. 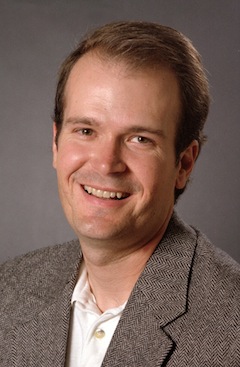 Mark McBeth is a professor of political science. Building on his doctoral research, in the 1990s he published influential studies of rural environmental attitudes, showing that, contrary to the accepted theory, rural residents are concerned about the environment, when their attitudes are measured in terms of quality of life. These early publications have had a lasting impact on theory and practice and remain cited in academic studies as well as governmental environmental impact statements. McBeth's research now focuses on policy narrative. He has developed the "Narrative Policy Framework," an innovative, empirical, and falsifiable method for analyzing narrative (i.e. storytelling) elements of the policy-making process, and their effects. He is the author of more than 30 articles, including 17 as first-author. He has been awarded $550,000 in grants, including a grant from the Environmental Protection Agency. He has also published a widely used textbook, which is now in its second edition. McBeth earned his D.A. in political science from ISU in 1992 and was hired as an assistant professor here in 1995. He was named an ISU Master Teacher in 2001 and the ISU Distinguished Teacher in 2005. 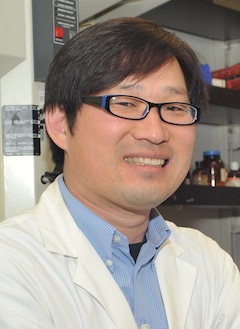 Joshua Pak is an associate professor of chemistry. His research involves the preparation of novel organic, organometallic and inorganic materials with technological importance, especially in the area of solar energy. He is most well known for his work on the synthesis of chalcopyrite nanoparticles for solar cell applications and this research was recognized by several awards in 2009, including an Idaho Technology Council "Innovation of the Year – Early Stage Innovation" Award and an R&D 100 Award, widely recognized as the "Oscars of Innovation." He has been first or senior author on numerous articles in high-impact journals, including Inorganic Chemistry and Chemistry of Materials. He actively seeks patents and currently has one patent and three filed. He has been awarded more than $4 million in grants, including research grants from the National Science Foundation and the Department of Energy. Pak earned his Ph.D. in chemistry and materials science from the University Oregon (1999) and was a postdoctoral research fellow at the University of California at Irvine (1999 –2001). He was hired as an assistant professor at ISU in 2001 and was promoted to associate professor in 2006. 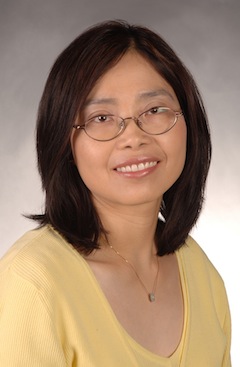 Maria Wong is an associate professor of psychology and director of the Program in Experimental Psychology. Her research focuses on factors that influence resilience and adaptive functioning in children and adults, and especially the relationship between sleep problems and substance abuse and self-regulation. Wong developed her research in resilience as Ph.D. student at the University of Chicago and later during her time as a postdoctoral fellow at the University of Michigan. She was hired as an assistant professor at ISU in 2004 and since that time has published more than 24 articles in high-impact journals such as Child Development and Alcoholism: Clinical and Experimental Research. These publications present groundbreaking, widely cited studies of the relationship between early childhood sleep in boys and girls and adolescent use of alcohol and other drugs. Her work has been funded by numerous grants, including a $250,000 grant from the National Institute of Health. She was named an ISU Outstanding Researcher in 2009.