Two Idaho State University scientists – biological and geosciences professor Bruce Finney and geosciences post-doctoral researcher Mark Shapley – are among a team of 19 researchers who have documented the signature of increased human nitrogen emissions across the Northern Hemisphere in study that has been published in the prestigious journal Science. 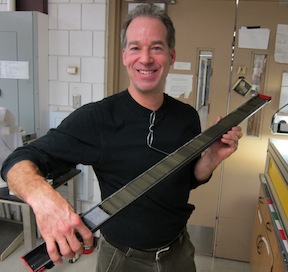 Plenty has been written about the increase of carbon released in the environment by humans, but this is a major study documenting the release of nitrogen, which also has the potential for dramatic environmental effects, into remote watersheds in Idaho, the western United States, Canada, Alaska, Greenland and Norway.

The lead author on the study "A Coherent Signature of Anthropogenic Nitrogen Deposition to Watersheds of the Northern Hemisphere" was Gordon Holtgrieve, from the University of Washington School of Aquatic and Fishery Sciences. He worked with colleagues from around the globe on the study published Dec. 16.

"Unlike carbon, nitrogen is generally distributed more closely to its human-caused sources, but we found evidence of its distribution in places far away from its sources," Finney said. "The release of nitrogen from human sources really starts to pick up about 100 years ago (this paper analyzes nitrogen sources going back 400 years) and it has increased exponentially to the present."

Finney and Shapley have been taking sediment core samples from remotes lakes in the Pacific Northwest and Alaska. They extract sediment samples from lakebed mud, and ­– similar to analyzing tree rings – interpret layers of sediment using a sophisticated instrument called a mass spectrometer.

The researchers measured recent changes in the ratio of nitrogen isotopes, which are distinct forms of the element, which identifies input from human activities. 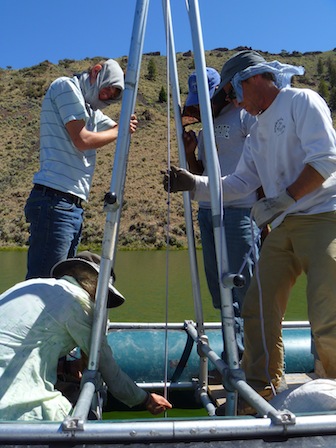 "Nitrogen coming from humans has a signature that is different from nitrogen from other sources," notes Finney.

The new study appearing in Science is an expansion of an earlier study of lakes in the Pacific Northwest and Alaska that was co-led by Finney and three other principal investigators who are authors on this study.

"This is probably the first good evidence that watersheds in these remote areas of the world are having their nitrogen budgets changed in ways we can detect over the last century," Shapley said. "Changes in nitrogen levels really tend to have widespread and significant changes on the ecosystems supported by those lakes.

"Organisms in these lakes," continued Shapley, "are sensitive to nitrogen in those watersheds. Human loading of nitrogen in the atmosphere is having a hemispheric, and possibly global impact. It's possible that widespread changes in the ecosystems may not be far behind.”

Humans release nitrogen into the environment through a wide variety of means, including burning fossil-based and other fuels and applying fertilizers.

"The studies on nitrogen have implications for carbon cycles in the environment as well," Finney said. "People studying the global carbon cycle know it does not work separately from nitrogen. You have to think of the cycles of both nitrogen and carbon to understand how they will change in the future."

Science is produced by the American Association for the Advancement of Science (AAAS). Founded in 1848, AAAS serves some 262 affiliated societies and academies of science, serving 10 million individuals. Science has the largest paid circulation of any peer-reviewed general science journal in the world, with an estimated total readership of one million. The website for Science is http://www.aaas.org.