Cole's team used a high purity Germanium detector at the ISU Idaho Accelerator Center to measure specific x-ray lines in identifying radioactive Cesium and Iodide traces in a tiny speck of dust. His primary collaborators at the IAC are ISU physics master's student Mayir Mamtimin, and Christian Segebade, a retired German scientist, who spends half his time at the IAC and spent 40 years on photon activation analysis.

"I am interested in environmental studies tracking the migration of trace elements in the atmosphere by identifying elemental composition of dust particles," Cole said. "Using linear accelerators we can determine the relative ratio of elements and identify concentrations of certain elements from particles invisible to the eye." 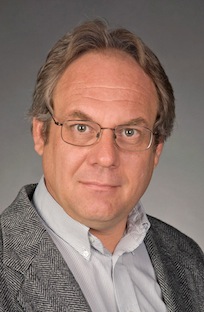 Because of this expertise, Cole is one of five scientists worldwide to be invited by the International Atomic Energy Agency to consult on a new application for electron linear accelerators at a meeting in Vienna, Austria Dec. 20-22. Cole's research has garnered international attention and he has already given major presentations on it in North and South America.

The IAEA, the nuclear agency of the United Nations, has invited Cole, two scientists from South America, one from Europe and one from Asia. The purpose is to bring together prominent experts in the field of photon activation analysis as an application for electron linear accelerators. The official title of the meeting Cole is attending is "Photon Activation Analysis as a Complementary Technique for Supporting Applications in Environmental Research."

"What I do is get a beam of photons for an accelerator and these photons are the energy to kick out a neutron (a sub-atomic particle) from the nucleus of an atom," Cole said.

The research team irradiates the dust sample for several hours with the photon beam produced by the electron linear accelerator and then measures the decay of the atoms in a high-purity Germanium detector for the trace elemental identification.

"An x-ray of the decay is like a fingerprint," Cole said. "Different elements decay in different ways, and when it decays it releases energy in a specific form and I can identify them with the x-rays."

This process has many potential applications, such as identifying pollutants in the atmosphere including lead, which is a substance other techniques have a problem identifying, but with electronic linear accelerators lead leaves a "humongous signal" and is easy to identify.

"We can go anywhere in the world, take a sample and tell you what you have," Cole said. "We have a very powerful technique for sampling different trace elements and understanding how trace elements travel through the atmosphere like the radiation from Fukushima did."

Participation in the United Nations IAEA meeting could raise the profile of his research and help attract increased funding for his method, said Cole.

"This invitation helps elevate the research profile of Idaho State University and highlights the facilities of the Idaho Accelerator Center," Cole said. "It is rare to receive such international attention at so early a stage of a new research project."

The researchers at the meeting will examine the current state of photon activation analysis, areas of needed research and development, and explore possibilities for establishing international research collaborations.

Photon activation analysis is a relatively straightforward procedure, affords high accuracy and is non-destructive compared to other methods of detecting base elements.