The Steve Eaton Group, with guest Mike Sanders, will perform the tribute concert.

Originally, Williams was scheduled to play an ISU 'Season of Note' concert on Oct. 1, but he had to cancel because of illness. Williams is undergoing treatment for pancreatic cancer.

"We're going to try to replace Roger Williams," Eaton said. "Although that can't be done, we’ll do our best to present a fitting tribute to him and his music. 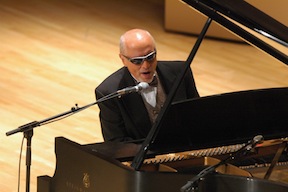 "This won't be a standard Eaton and Sanders concert," continued Eaton, "We'll be playing a few of Williams' songs and will just try to make a nice evening of music that would appeal to the crowd that would be going to a Roger Williams concert.”

Eaton will play some of his original music, too.

The Steve Eaton Group – comprised of a drummer Scott Reusser, bass player Bill Lyles and long-time collaborator Phil Garonzik, an accomplished saxophone and flute player – plays a full range of music from jazz to pop. Sanders will join the group as a guest singer.

Eaton has family connections with Williams.

"Roger Williams was a friend of my parents," Eaton said. "He used to come over to our house every now and then because my parents sang opera and he'd listen to their records with him. This happened before I was born, but I heard a lot of stories about him growing up." 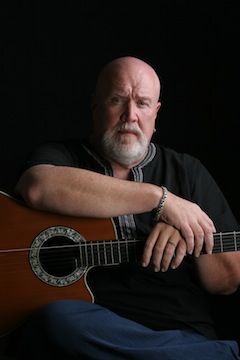 For years, Eaton has been identified as a unique and innovative songwriter and musician. He has written songs for The Carpenters, Art Garfunkel and Lee Greenwood, to name a few. Some of these songs have climbed Billboard Magazine's Top 20, appeared on albums achieving gold and platinum status and re-released on multiple best-selling compilations. Eaton has composed music for film and video productions.

As a performer and band member, Eaton has played on stages in a variety of venues nationwide. He was a member of several popular '60s bands including The Fabulous Chancellors, and performed as lead guitarist for Paul Revere and the Raiders. Eaton was the founder and co-creator of Fat Chance, a power horn and acoustic rock band hailing from Idaho and signed on the RCA/Victor label. Steve has opened for Ray Charles, Blood Sweat and Tears, and Carole King.

Eaton and Sanders are mainstays of the Pocatello music scene. They played together frequently at the Sandpiper and other local music venues for 20 years.

"I am a hometown guy and I look for every reason I can to get to Pocatello," Eaton said. "I wish it was under different circumstances, but I'm looking forward to playing in the Stephens Center again with my group and Mike singing. I'm excited to playing with these guys and we'll be playing some songs people have never heard us play before."

A portion of the proceeds from the Eaton concert will go to the ISU Roger Williams Scholarship Fund. Prices for the Eaton and Sanders concert are $20 for the main level, $15 for the upper level for the public and $10 for ISU students.

Tickets for the Eaton and Sanders concert can be purchased at the Stephens Performing Arts Center Box Office, open from 10 a.m. to 4:30 p.m. weekdays during the school year.  Tickets can also be purchased over the phone at (208) 282-3595, online at www.isu.edu/tickets or at Vickers Stores in Idaho Falls and Pocatello.