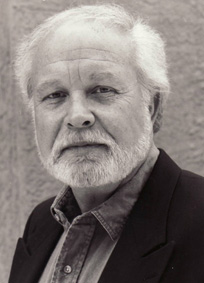 Melton is retired from several executive positions in the arts. He earned his bachelor’s degree from Idaho State University and a Master of Fine Arts in painting from the University of Oregon. He has exhibited paintings, prints, drawings and photographs in more than 50 exhibitions and has work in eight museum collections.

He was previously executive director of the Yellowstone Art Museum, the C.M. Russell Museum and the McAllen International Museum. He was executive director and founding member of the Western States Arts Federation, the Oregon Arts Commission and Foundation and Regional Representative for the National Endowment for the Arts. Melton co-founded the Montana Art Gallery Director’s Association. 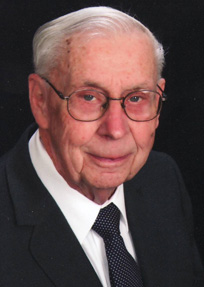 Bickmore, who grew up in Preston, graduated from Idaho State College with a Bachelor of Science Degree in physics and mathematics in 1950.  He furthered his education at the University of Rochester in Rochester, New York, where he earned his doctorate degree in biophysics in 1956. He retired from Xerox Corporation in 1998 after 43 years of working with the company. In 1977, he was awarded with a Fellowship by the Society of Imaging Science and Technology. In 2002, Bickmore was awarded the Chester F. Carlson Award that recognizes outstanding technical work that advances the state of the art in electrophotographic printing. Bickmore is the author of numerous patents and publications of his work in addition to hundreds of reports published internally for the Xerox Corporation.  Several years before retiring from Xerox, he began participating in the Xerox Science Consultant Program in which Xerox scientists volunteer their time and experience to teach grade-school children in Rochester-area schools. 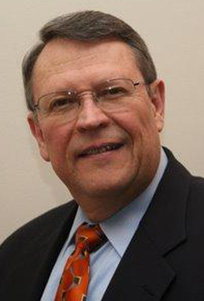 Jensen earned a Bachelor of Arts Degree in economics from Idaho State University in 1967, earned a Ph.D. in economics from the University of Utah in 1979 and a Certified Association Executive Certificate. He retired from Phase 2 Consulting, Salt Lake City, Utah, as a principal, serving the company from 2000 to 2005. Prior to that, Jensen had a long career and served in many capacities with the American Medical Association from 1975 to 2000. At the AMA, he eventually reached the posts of Interim Executive Vice President/Chief Executive Officer from December 1997 to June 1998, and Chief Operating Officer from December 1997 to June 2000. As Chief Operating Officer and Interim CEO, he was responsible for operations of a $225 million annual budget and a staff of more than 1,000. As he puts it, he will be a minor footnote in the history of the AMA, since he is the only non-MD to ever serve as CEO, even if it was only six months as an interim. 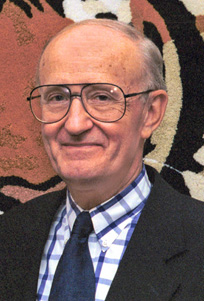 Kole graduated from Idaho State University with a Bachelor of Science Degree in management and organization in 1963 and received an honorary doctorate from the University in May 2003. He was also named a 1998 ISU Distinguished Alumnus. A native of Pogradec, Albania, he immigrated to the United States with his parents when he was 18 months old. He grew up in Cleveland, Ohio, where he now owns and directs several businesses under the umbrella business group Paramount Metal Products, which employs more than 300 people and supplies metal seat frames for the automobile industry. Kole supports ISU through scholarship endowments in the Colleges of Education and Business and by making a wide variety of other gifts.  He is also very active supporting Albania through a variety of altruistic efforts and was named by the Republic of Albania as honorary consul to the state of Ohio. 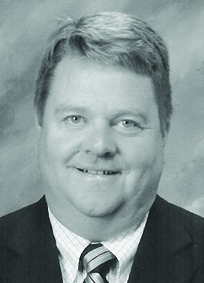 Jensen is very active in the community where he has helped start and still directs many youth programs. He and his wife Kristen have four children. 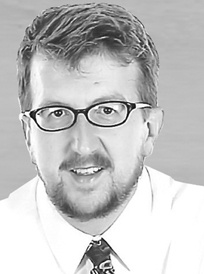 Smith is a staff engineer at the Idaho National Laboratory’s Risk, Reliability and NRC Programs department. He leads significant risk and reliability methods research and development efforts and applied engineering projects for the U.S. Nuclear Regulatory Commission, NASA and the Department of Energy. He is both nationally and internationally recognized in his field.

He has been active in international organizations such as the International Association for Probabilistic Safety Assessment and Management. In the 1990s, he served on a technology-driven mission to the International Atomic Energy Agency and member countries in Eastern Europe and Russia. 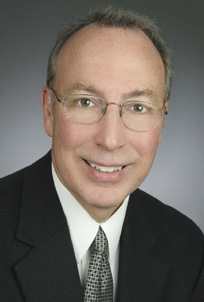 Hudspeth graduated from Idaho State University in 1976 with a Bachelor of Science Degree in nursing. He went on to earn an Adult Nurse Practitioner, Advanced Practice Nursing and Clinical Nurse Specialist degrees. Since 2002, Hudspeth, who has 34 years full-time work experience, has been the director of Advanced Practice and Specialty Nursing at Saint Alphonsus Regional Medical Center in Boise. He was the Chief Clinical Officer and Nurse Practitioner at Idaho Cardiology Associates in Boise from 2000 to 2002. Hudspeth worked in a variety of positions at King Faisal Specialist Hospital and Research Center in Riyadh, Saudi Arabia, from 1988 to 1999, achieving the post of Deputy Chief of Nursing Affairs.  This facility was an international tertiary care referral center and its nursing critical care department had about 500 nurses.  He is an affiliate ISU faculty member and is an accomplished researcher. He has received many awards throughout his career, including being inducted as a Fellow in the American Academy of Nurse Practitioners in 2008. 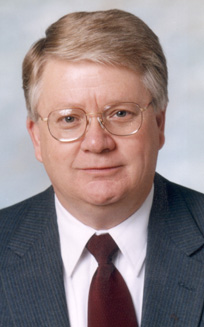 Isom has an active research program funded by the National Institutes of Health to examine the neurodegenerative mechanisms of chemical (cyanide) exposure. His teaching responsibilities at Purdue include participation in undergraduate and graduate level toxicology courses and pharmacology for pharmacy and medical students. Isom currently serves on the Federal Insecticide, Fungicide and Rodenticide Act Scientific Advisory Panel of the Environmental Protection Agency, and a number of grant review and advisory panels for the National Institutes of Health. He completed two terms on the science advisory board of the Defense Intelligence Agency. He is a member of the American Society of Pharmacology and Experimental Therapeutics, Society of Neuroscience and Society of Toxicology. 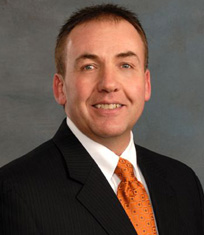 Anderson earned an Auto Collision Repair Certificate in 1980 and since then has earned a variety of professional certificates related to his field and business. He remains active with the Idaho State University College of Technology and is on its advisory board, provides various free services to the auto collision repair program and annually donates time as a SkillsUSA competition judge. He has been the owner and manager of Anderson’s Body & Glass in American Falls since 1985, after spending five years working in collision repair and as a service writer.  His business was honored as the Business of the Year by the American Falls Chamber of Commerce in 2001. Anderson was named to the Hall of Fame of the American Falls Education Foundation in 2000; received the Adult Duty to God Award from the Boy Scouts of America in 1999; and received the Outstanding Community Service Award from Power County in 1986.

Idaho State University, a Carnegie-classified doctoral research institution founded in 1901, educates approximately 15,000 students per year in more than 280 programs. It is Idaho’s lead institution in health professions and medical education. Its seven colleges engage in a broad range of innovative research, teaching, and learning in the natural and physical sciences, humanities, performing and visual arts, education, engineering, business, pharmacy, and technology. Visit ISU today at www.isu.edu.