The results of an eight-year national study involving about 10,000 patients on how to reduce cardiovascular disease risks for people with diabetes, carried out in part at Idaho State University, has major treatment implications.

"The results of the ACCORD (Action to Control Cardiovascular Risk in Diabetes) study will influence the health of not only Idahoans, but people around the world, for years to come," said Rex Force, Pharm.D., director of the Idaho State University Family Medicine Clinical Research Center and ACCORD study director at ISU. "There are 20 million people in the United States with diabetes and that number is increasing. We really need to know how to best treat these people." 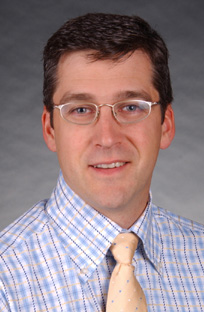 Idaho State University was one of 77 sites in the United States and Canada that was studying how to reduce the number of strokes, heart attacks and other cardiovascular risks associated with type 2 (sometimes referred to as "adult onset") diabetes. This was a giant scientific research effort, funded with around $300 million nationwide from a variety of government agencies with support from pharmaceutical companies.

The ACCORD study was finished in 2009 and the results of two major facets of it, one focusing on cholesterol control and the other on blood-pressure control, were recently published in The New England Journal of Medicine (http://content.nejm.org/).

The study examined if the incidence of strokes, heart attacks and other cardiovascular diseases were reduced in people with type 2 diabetes if blood pressure and cholesterol were strictly controlled. In Idaho, ISU researchers from the College of Pharmacy and the Family Medicine Clinical Research Center, spent thousands of hours with 146 patients over the last eight years.

"Generally, lower is better for blood pressure, although it is really not as simple as that," Force said. "What we found, was that when we intensely controlled blood pressure, it resulted in fewer strokes, but it did not reduce rates of heart attacks and death due to heart disease. This latter result was somewhat surprising, because he had thought lowering blood pressure would benefit patients all the way around."

"The effect of raising good cholesterol ended up being very modest," Force said. "Over the course of the study we noticed very little difference in the rates of heart attacks and strokes in the patients who had their HDL cholesterol levels raised compared with those who were treated with a placebo."

Force was quick to credit and thank his co-investigators and the volunteers who participated in the study for a long period of time.

"We had extremely committed researchers and patients," Force said. "They often became very good friends, developing close relationships over the study period. It was important to realize that everyone had to stay engaged in, and enthused about, the project for nearly 10 years."

The researchers involved with the project expressed their satisfaction with completing this phase of the ACCORD study, as some follow-up studies are being planned.

"The new model for health care is 'evidenced-based medicine'," said Eliza Borzadek, Pharm.D., ISU College of Pharmacy clinical assistant professor, a co-investigator in the study. "It is amazing to me to have participated in study that provides that evidence, and that evidence will be implemented and change patient care on a large scale."

Visit http://www.accordtrial.org/web/public/index.cfm or contact the Family Medicine Clinical Research Center for more information on the ACCORD study.