Eleven Idaho State University students are recipients of the 2010 Outstanding Student Achievement Awards, which are presented by the ISU Alumni Association.

They will be honored at a banquet on April 30 at the L.E. and Thelma E. Stephens Performing Arts Center’s Beverly B. Bistline Thrust Theatre and the Samuel Horne Bennion Promenade.

Criteria for selection include high academic achievement and above average dedication to educational goals. Where appropriate, work experience and community service are also considered in the selection. 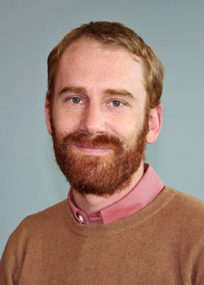 • Graduate School (Doctorate) – Joel Sankey, a geosciences student at ISU-Meridian, is the University’s 2010 Outstanding Doctoral Student, representing the Graduate School. A gifted researcher and scholar, Joel grew up with a fascination for the Earth and its resources. “I’ve always been interested in environmental science— how people use water, our impact on the environment, and how we can work to conserve resources,” Sankey said.

“Joel is a truly talented scientist and gifted in both field-based and laboratory analysis,” said his research professor Nancy Glenn. Sankey holds a bachelor’s degree in soils and environmental sciences and a master’s in land rehabilitation from Montana State University in Bozeman. He will pursue postdoctoral studies at ISU. 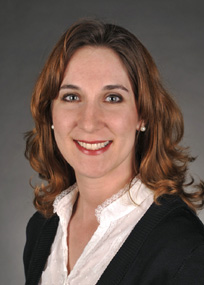 • Graduate School (Master’s) – Anne Catherine Vest of Pocatello, who will receive a Master of Fine Arts Degree in Art in May, is the Outstanding Student Achievement Award winner for the School of Graduate Studies, master’s candidates. Vest achieved a 3.97 grade point average. She is an adjunct faculty instructor for the ISU Art and Pre-Architecture Department and works as a freelance graphic designer and a floral designer. Her work has been included in a dozen art exhibitions at ISU or in Pocatello, most recently at the ISU 2010 Faculty Art Show and at her MFA exhibition during fall semester. Her cover art, photography, poems and illustrations have been published in eight publications. At ISU Vest was awarded several scholarships, including a Graduate Student Research Grant and Big Sky Biennial Scholarship. She participated as a judge for the Pocatello Art Center High School Art Show and facilitated an Alternative Media Drawing Workshop. She served on the Board of Directors for the ISU Gallery Walk and for “Feed the 5000.” She is married to Martin Vest. 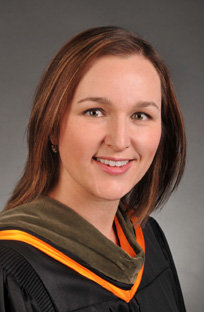 • College of Pharmacy – Jamie Ridley Klucken of Jerome is the Outstanding Student Award winner for the College of Pharmacy for 2010. Klucken will receive her Doctorate of Pharmacy and a Master of Business Administration degree in May. She holds a Bachelor of Arts Degree in business management from George Fox University in Newburg, Oregon. She plans on pursuing residency training following graduation and hopes to practice as a clinical pharmacist in the VA system.  Klucken is the daughter of Jerry and Connie Ridley and has been married to Scott Klucken for 11 years. The couple has two children. Jamie earned Associate Students of ISU, Richard and Barbara Wells and NACDS Foundation scholarships. She was active in the Professional Pharmacy Student Alliance, ISU Health Fair, Make-A-Wish Fundraiser, Idaho Food Bank and Salvation Army Food Drive. Klucken also served as P4 Class President, Faculty Affairs Committee Student Chair, Rho Chi Honor Society Vice President and PPSA Secretary. She made the dean’s list in 2008-09 and was a member of the Rho Chi Honor Society and Phi Lambda Sigma Leadership Society. 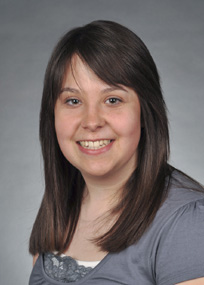 • College of Arts and Sciences, Natural Sciences and Mathematics – Katherine Eby is graduating in summer 2010 with a bachelor’s degree in clinical laboratory science.

She is a member of the Idaho State University Honors program and has been working on a senior honors thesis in microbiology under Dr. Linda DeVeaux for the past two years. She was also an IDEA Networks of Biomedical Research Excellence scholar, and earned a summer undergraduate research fellowship at Washington State University. Eby is a member of the Microbiology club and a biology teaching assistant.

One of Eby’s fondest memories of ISU is her experiences during Alternative Spring Break, where she traveled to Portland, Ore., to complete service projects.

Her future plans are to earn a Masters in Physician Assistant Studies from Idaho State University. 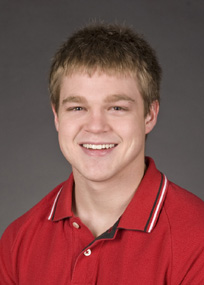 • College of Engineering ­– Bruce D. Pierson of Kennewick, Wash., is the Outstanding Student Award winner for the College of Engineering. Born in Georgia, Pierson later moved to Washington state and started a career as a child actor starring in commercials for 3M windows, McDonalds, Old El Paso and Good Year tires, “but as fate would have it I have landed here at ISU to become a promising nuclear engineer.” Pierson started full-time college at age 16. He will receive his Bachelor of Science degree in nuclear engineering with a minor in math in May.  He earned a 3.89 grade point average at Idaho State University. His memberships and awards at Idaho State University include Idaho American Nuclear Society (ANS) president in 2009 and treasurer in 2009, ISU Engineering Dean’s List, founder of the ISU-ANS Schools Outreach Committee, National American Nuclear Society Scholarship two-time recipient, Eastern Washington Section ANS Scholarship three-time recipient, Nuclear Education University Program Scholarship recipient, AREVA 2+2 Scholarship/Fellowship recipient and Nuclear Regulatory Commission Scholarship/Fellowship recipient. 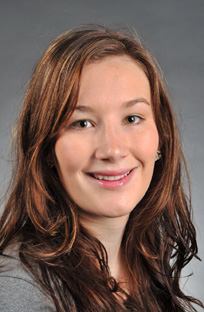 • College of Technology – Talia Chyree Vogler of Pendleton, Ore., is the Outstanding Student Award winner for the College of Technology. Vogler spent two years at Eastern Oregon University in La Grande, Ore., as a pre-med student before transferring to ISU. Recently, Talia made the trip to Florida with three of her classmates to attend the American Physical Therapy Association 2010 Convention. Physical therapy has become a family affair as her younger sister Shasta has been accepted to the ISU Physical Therapy Assistant program and her older sister, Amica, is applying to the ISU Doctorate of Physical Therapy program. Vogler earned a 3.97 grade point average at Idaho State University. Her extracurricular activities included being a member of the PTA Club and Student American Medical Association, and she played intramural basketball and was an anatomy and physiology tutor. She is working on a Bachelor of Science Degree in health science to complement her Physical Therapist Assistant Associate of Science Degree. She would like to thank her parents Matt and Susan for their love and support. 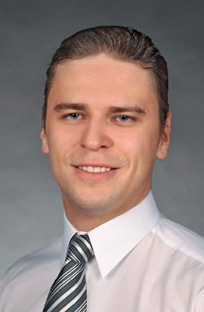 • College of Business ­– Dmitry Beresnev is graduating with a Bachelor of Business Administration in Accounting in 2010 with a 3.96 grade point average.

Dmitry is from St. Petersburg, Russia, and came to ISU at age 17 on a track and field scholarship.

It has always been Beresnev’s dream to receive his education in the United States.

He was a College of Business Fellow in 2007, 2008 and 2009, and is currently working as an IT specialist in the Graduate School.

Beresnev has received an offer from Deloitte & Touche San Francisco office and will start with the firm full time in September 2010. 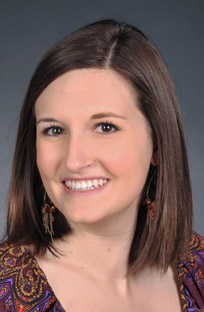 • College of Arts and Sciences, Social Sciences ­– Jessica Jensen is graduating with an honors bachelor’s degree in psychology.

She is a native of Twin Falls, and earned her degree after only three years thanks to dual credit courses she took in high school.

Jensen has been a resident assistant for two years, and plays the cello with the Idaho State Civic Symphony. 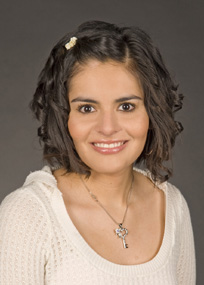 • College of Education – Jhanyce Acosta Villa will receive a bachelor’s degree in secondary education, with a minor in Spanish and chemistry, in May 2010. She is a native of Felt, Idaho, and is graduating with a 3.97 grade-point average.

In December 2009, she gave birth to a son, Adan Julian, and returned to school spring semester to finish her degree. Villa is the daughter of Luis and Maria Villa. She lives in Idaho Falls with her husband, Irineo Jr. Acosta. 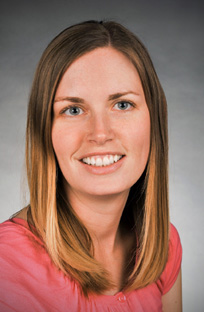 • Kasiska College of Health Professions – Jennifer Lynn Schumaker of Culdesac is the Outstanding Student Award winner for the Kasiska College of Health Professions. She earned a 3.80 grade point average and is scheduled to receive her Bachelor of Science Degree in dental hygiene in May. While at Idaho State University she made the dean’s list every semester.  She received the David McCune Memorial Scholarship and the Dr. Richard and Lucy Meek Scholarship. She was active in the ISU Student Chapter of the American Dental Hygienists’ Association. She had the opportunity to volunteer for the Special Olympics World Games in Boise, working with the Special Smiles program that provided contestants from all over the world with oral health education, fluoride treatments and custom-made athletic trays. Prior to earning her bachelor degree, Schumaker went to school for culinary arts and dental assisting. She and her husband, Jake, have a son, Kyle. 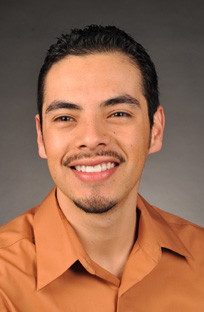 He came to the United States with his family as a child, and says he learned his work ethic in the farm fields. He has served as president of the Hispanic Awareness Leadership Organization and president of the St. John’s Catholic student organization. He earned a 3.84 grade point average and is a member of the ISU Leadership Academy, the Hispanic National Honor Society.

Hernandez’s desire to offer medical care to underserved Hispanic populations has led him to pursue a career as a physician assistant.