Assessing serious mental illness of women in jail and exploring women's pathways to jail are two major components of a study being conducting by Shannon Lynch, Idaho State University associate professor and chair of the ISU psychology department.

“We want to study women's pathways to jail to try to find turning points in their life that influenced the decision to commit crimes, and find better ways to offer rehabilitation to women prisoners as well as identifying points of intervention before women enter the corrections system,” Lynch said. 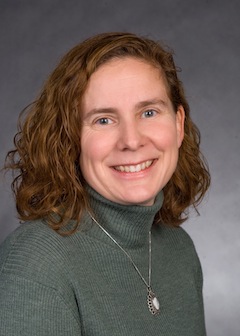 Lynch is the principle investigator on a new $499,000 multi-site grant to Idaho State University titled "Women's Pathways to Jail: Roles and Intersection of Serious Mental Illness and Trauma" from the Department of Justice, Bureau of Justice Affairs. She will collaborate with co-investigators Dana DeHart at the University of South Carolina, Joanne Belknap at the University of Colorado at Boulder and Bonnie Green at Georgetown University.

"The number of women in jail with mental illness is high," Lynch said. "Studies suggest from one-quarter to one-third of women in correctional facilities have a serious mental illness.  Women in jail have also experienced much higher incidences of violence from people in their lives, from caregivers to partners."

The number of women being incarcerated in jails is on the rise overall, and particularly for drug-related offenses. Female offenders appear to have different routes to incarceration than males. Research is need to explore the connections among experiences of interpersonal violence, mental illness, and drug use (perhaps to self medicate) in female offenders with the goal of identifying points of intervention and decreasing recidivism.

The Pathways project will interview 400 to 500 women jail prisoners in four regions of the United States, including 80 to 100 women in jails in Southeast Idaho. They will assess the prevalence of serious mental illness, such as mood disorders (e.g., Bipolar) and psychotic spectrum disorders (e.g., Schizophrenia) in this population, and try to determine the level of impairment these disorders cause in the women. They will also study the extent seriously mentally ill prisoners in jail have access to treatment prior to incarceration and the quality of that treatment.

Additionally, the researchers will examine and explore potential pathways to jail such as trauma exposure and substance use prior to incarceration, and compare pathways of female offenders with and without serious mental illness.

Thirty women in each of the four identified regions who complete the structured diagnostic assessment will also be invited to participate in a follow-up interview to provide a more in-depth perspective on their life experiences and pathways to jail. Corrections staff members at each site will also be invited to assess their perceptions of women's pathways to jail, mental health concerns and staff training needs.