A lot has changed since Idaho State University anthropology research professor Kate Reedy-Maschner began a three-year study in 2009 of how offshore gas and oil exploration off of the Alaska Peninsula and Aleutian Islands could affect the subsistence activities of four remote Alaska Native communities.

For one, the Gulf of Mexico oil spill occurred, an event that began on April 20 and is still in the process of being fixed. This event has changed perceptions of some Native Alaskans towards possible oil development in their area. 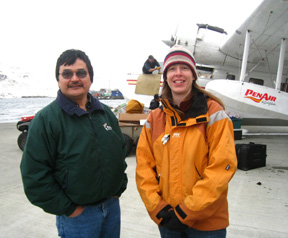 "Prior to the spill, many of the villagers had high hopes and expectations about the positive economic impact offshore oil development could have on their communities," Reedy-Maschner said. "Since the oil spill happened, however, there is more of a sense of ‘oh god, we just dodged a bullet.’"

Reedy-Maschner is in the second year of her  $340,000 three-year study that was originally funded by the U.S. Department of Interior Minerals Management Service. The agency no longer exists following controversy related to the Gulf oil spill, and has now been renamed and recast as the Bureau of Ocean Energy Management, Regulation and Enforcement.

Idaho State University researchers are assessing current individual and community subsistence uses and local resilience in the context of changes or disruptions that may occur in the development process. The past two springs, the researchers have gathered data – and in the process interviewed nearly all of the 400 adult residents of these four villages – for the study and now are in the process of writing its results.

They've been studying the Aleut and Alutiiq villages of Port Heiden, Nelson Lagoon, False Pass and Akutan, all located on the Bering Sea (north) side of the Alaska Peninsula and Aleutian Island chain. These villages are located from 450 to 800 miles away from Anchorage, Alaska.

"The whole goal of the project was to look at how villages could respond to a disaster and how it would affect their social networks, economy and their subsistence lifestyle," Reedy-Maschner said. 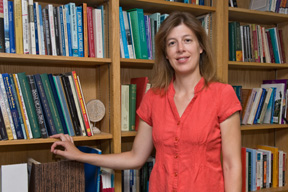 This area is volatile featuring sea ice and wind. Numerous species migrate through the region, including many species of waterfowl and sea mammals, as well as all five species of Pacific salmon. Salmon fishing is a mainstay of the villages. There are also halibut, crab and cod fisheries. There are also few emergency or cleanup vessels nearby that could assist in responding to a spill and its clean up.

"This study is interesting and timely because of the Gulf of Mexico spill," Reedy-Maschner said. "People in the Gulf flew down Native Alaskans who had lived through the Exxon Valdez spill (which occurred in 1989 and until the Gulf spill this year was the largest spill that had ever occurred in U.S. coastal waters) to help them deal with BP spill in the Gulf. With any large spill you’re dealing with a huge impact on lifestyles and on incomes."

The ISU researchers are attempting to assess the baseline subsistence needs and activities, including hunting and fishing activities, carried out by the residents. They are creating detailed maps and other site-specific information detailing subsistence activities so if those activities were ever disrupted, there will be a record of it and oil companies could mitigate the affects.

"We're documenting the potential impacts of a pipeline constructed on land or a spill in the ocean on a wide variety of activities," Reedy-Maschner said. "We're documenting everything from bays that may feature a specific clam bed or places where a certain type of shrimp fishery exists."

The permit has been revoked for the proposed offshore oil and gas development in the North Aleutian Basin for which she was contracted to do the study.  This happened in March prior to the Gulf of Mexico spill when the Obama administration announced the opening of offshore drilling in some areas and the closing of it in other areas.

The ISU professor emphasizes, however, that her study results are still important because offshore drilling in the North Aleutian Basin can be reinstated, and her study is attempting to predict the impact of oil development, including an oil spill, on a remote area, as compared to a well-traveled and populated area such as the Gulf of Mexico where the BP oil spill has occurred.

"This is in an area where drilling for oil has been considered several times but has always been blocked because of the importance of the wild resources, and drilling for oil may be considered here again," Reedy-Maschner said. "Those activities could potentially bring great changes to the residents of these small villages and this study is one of the steps being taken to help gauge those changes."