Low level grazing and grazing activity by elk stimulates plant productivity thereby increasing plant biodiversity, facts that surprise a group of scientists that have been carrying out studies on a large enclosed area in Oregon.

“At low levels of grazing, plants that were fed upon were more productive and the biodiversity was greater than those that were not grazed at all, or were grazed at more intensive levels,” said Terry Bowyer, professor and chair of the Idaho State University biological sciences department. “This has many important implications, among them, that by managing a ‘keystone species’ such as elk, we can promote biodiversity of plants.” 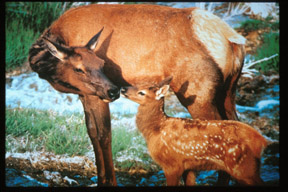 The study was conducted on a large area, about five square miles, of the USFS’s Starkey Experimental Forest and Range located in the Oregon’s Blue Mountains near La Grande. The study will be published in the journal Oecologica. 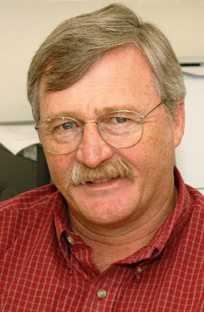 Prior to this study, it was generally assumed the direct effects of large animals such as elk or cattle, grazing on plants or trampling of vegetation and consumption of certain plants over others, played the greatest role on plant biodiversity. Based on this, it was often assumed that stopping grazing would increase plant biodiversity.

This new study, however, shows that the indirect effect of low-level grazing actually stimulates plant productivity and biodiversity.  Plant biodiversity is lowest when no grazing occurred.

“We documented a positive, linear relationship between plant-species diversity and richness with the primary productivity of the plant communities,” Bowyer said. “Our studies revealed significant indirect relationships between population density of herbivores (large grazing animals) and species diversity.”

“The key to this is that we’re able to actively influence the biodiversity of plants by changing herbivore density,” Bowyer said. “This could have a cascading effect. If biodiversity is a management goal, it can be achieved without managing the entire ecosystem.”

Bowyer noted that, to his knowledge, no one previously had completed a study of this magnitude on the relationship between large grazing animals and plant biodiversity.

“This research uses an experimental approach that is seldom possible with large mammals,” Bowyer said. “We were able to manipulate the densities of free-ranging elk in a large, 1,452 hectare (approximately 3,600 acres) area. This is something that has never been done before successfully.”

The study is scheduled to be published in the September issue of Oecologia, which can be viewed online at www.springerlink.com/content/0029-8549.