Noted journalism scholar Donald L. Shaw of the University of North Carolina at Chapel Hill will lecture on Monday, April 20, from 11 a.m. to 12:30 p.m. in the Rendezvous Complex Planetarium, Room 203, on the Idaho State University campus. His topic will be “Modern Media Agenda Setting.”

The public is invited, and there is no admission charge. 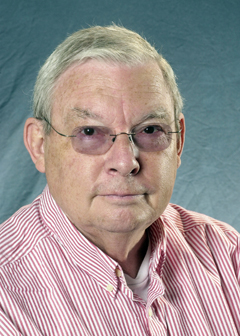 Shaw, along with Maxwell McCombs (University of Texas-Austin), developed the agenda-setting theory of the press in a seminal 1972 Public Opinion Quarterly article: “The Agenda-Setting Function of Mass Media.” The article has been one of the Top 10 most cited articles in mass communication research every year since it was published. Both Dr. Shaw and Dr. McCombs have received the Edelman Award from the American Political Science Association and the Deutschmann Award from the Association for Educators of Journalism and Mass Communication in recognition of their trailblazing research.

Whenever you hear someone say: “I'm setting the agenda” – no matter what the field or endeavor – it came from that research, according to Thomas Terry, associate professor and chair of ISU’s James E. Rogers Department of Mass Communication. Shaw also was honored as one of the top 50 teachers of journalism of the 20th century. Arguably, he is the most innovative thinker in the field of mass communication in the world and has lectured widely in the United States and abroad.

Shaw is Kenan Professor in the School of Journalism and Mass Communication at UNC-CH. In addition, he is a retired U.S. Army Colonel (serving on active duty during the first Gulf War) and is director of the North Carolina Selective Service.

Terry organized Shaw’s visit. Shaw was Terry’s M.A. and Ph.D. committee chair and the principal investigator for his postdoctoral research. They have co-authored several articles and conference papers as well as made presentations and lectured together.

The lecture is sponsored by the James E. Rogers Department of Mass Communication, the Carpe Agendum Project and the ISU Cultural Affairs Council, which generously provided significant funding.