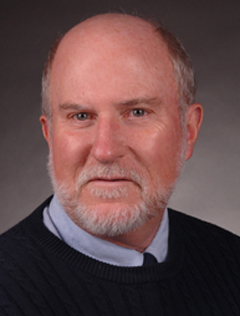 The award, presented to Hatzenbuehler for his lifetime commitment to the public humanities and his work to promote and preserve Idaho history, carries with it a $1,000 honorarium.

IHC, the nonprofit, state-based affiliate of the National Endowment for the Humanities, annually recognizes an individual or organization for outstanding contributions that promote greater public awareness, appreciation and understanding of the humanities in Idaho. The IHC board selected Hatzenbuehler to receive the award because of his contributions as a history professor, scholar and for his interest in bringing the humanities to the broader public audience.

He’s served as an historian and consultant for many grassroots humanities projects and programs throughout Idaho, and has participated in many humanities workshops, institutes and conferences.

He has served as a scholar in a number of IHC summer institutes for K-12 teachers, lecturing on the Constitution, the Bill of Rights, Idaho history, Lewis and Clark and even organized his own IHC grant-funded institutes for history teachers before IHC was in the business of organizing them annually. Most recently, with ISU professor David Adler, Hatzenbuehler co-directed weeklong summer teacher institutes for IHC on the presidencies of Thomas Jefferson (2004) and Abraham Lincoln (2006) to rave evaluations from participants.

Over the years, he has served on the advisory boards for Idaho State University Press, for ISU’s magazine Rendezvous, and for the Idaho State Historical Society magazine Idaho Yesterdays. In 2006, he published a book titled “‘I Tremble for My Country’: Thomas Jefferson and the Virginia Gentry” to much critical praise.

“Ron Hatzenbuehler has done tremendous service for the public humanities in Idaho,” said IHC Chair Ron Pisaneschi. “In addition to a great teaching career, he’s gone off campus, helping teachers, small historical museums and members of the public to better understand the lessons of history. The IHC looks forward to honoring Ron among his colleagues in Pocatello on Feb. 19.”