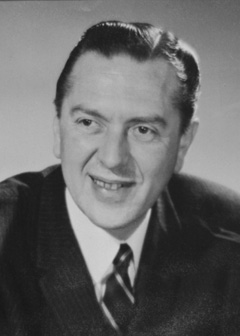 Pres. McIntosh served from 1946-1959, when ISU was transitioning from the University of Idaho-Southern Branch to become Idaho State College. As interim president, his advocacy and testimony before the 1947 Idaho Legislature was instrumental in establishing Idaho State as a four-year institution. He was appointed Dean of the College, while John R. Nichols was the first president. Nichols resigned the fall of 1946 and the State Board of Education named McIntosh president.

Under McIntosh's leadership, Idaho State developed a four-year curriculum and supported students in their effort to raise funds to build a million-dollar Student Union at no cost to the state.

"Mac," as most who knew him called him, began his career here as a speech and debate teacher. He served in the Army from 1943 and returned to campus in 1946.

McIntosh is survived by his daughter, Diana McIntosh, and grandchildren, Christopher Kauppi and Erika Kauppi. He was preceded in death by his former wife, Mary Carroll McIntosh.