The 2009 Voice Awards ceremony will take place at Paramount Studios in Hollywood, Calif., on Wednesday, Oct. 14. The event will bring together people from the entertainment industry and mental health consumer and advocacy communities for a night that celebrates increased awareness of mental health issues and the power of recovery. 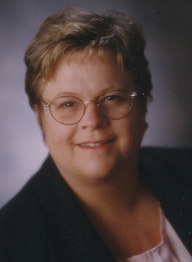 “Recovery” refers to people with mental illnesses living full, productive lives in their communities with supports such as friends and family, opportunities for education, sufficient finances and housing.

Kirkwood has been working on mental health initiatives in Idaho since 1997. She managed one of the Nation’s first anti-stigma media campaigns, which garnered a Peabody Award. She also designed and directed a mental health education program called “Better Todays. Better Tomorrows.” Most recently she has been director of Idaho Youth Suicide Prevention and the Idaho Suicide Prevention Hotline Research projects at the Institute of Rural Health

She has served as president of the National Alliance on Mental Illness (NAMI) Boise Affiliate, on the Idaho Suicide Prevention Action Network board, on the Governor’s Council for Suicide Prevention and the state Board of Psychologist Examiners. Nationally, she serves on a consumer/advocate committee to advise the Lifeline suicide prevention crisis call network and recently was a member of a communication committee for NAMI National. She is a member of the Steering Committee for the National Institute of Mental Health Outreach Partnership Program.

“People with mental illnesses need advocates who can speak out when circumstances jeopardize an individual’s inability to recover and thrive,” Kirkwood said. “I hope in some small measure my work has helped people with mental illnesses in Idaho live full lives and have a voice in their communities. As a person with a mental illness, I know what it’s like to overcome stereotypes and I’ve tried to address this in my professional and volunteer work.”

Sponsored by the Substance Abuse and Mental Health Services Administration, the Voice Awards recognize the accomplishments of consumer advocates who are working to promote the social inclusion of people with mental health problems and the real possibility of recovery. Voice Awards also are given to honor writers and producers who incorporate dignified, respectful and accurate portrayals of individuals with mental health disorders into film and television productions.