Idaho State University Associate Professor of English Alan Johnson has been awarded a Fulbright Scholarship to lecture and study at the University of Mumbai in Mumbai, India, during spring semester 2010.

“I am thrilled and excited by my selection, not only for the opportunities it allows for study, but also for the opportunity it offers to be an ambassador for Idaho State University and American higher education,” Johnson said. 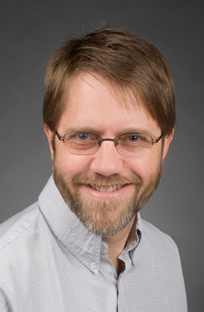 Johnson’s specialty is postcolonial literature and theory, with a focus on South Asian literature, primarily Indian. He studies Indian writers writing in English who have become increasingly popular abroad as well as in that country, such as Salman Rushdie, Kiran Desai and Amitav Ghosh. He will teach classes on globalization and literature, literary theory, and postcolonial studies.

The greater Mumbai (formerly known as Bombay) metropolitan area has about 20 million people and is one of the great cities of the world.

“It will be interesting to see how that university works and to become familiar with Indian higher education,” Johnson said. “It may be useful for me to share my experience as we live in an increasingly globalized world and ISU tries to attract more international students. It is not just the subjects I teach, but the reciprocal relationships I wish to cultivate that are important.”

Johnson, who has been at ISU for about a decade, was raised in India, and has lived in the southern state of Tamil Nadu as well as in Gujarat and Uttar Pradesh. Johnson speaks Hindi, one of India’s primary languages. He left India after graduating from high school. He earned his B.A. from Southern Illinois University, his M.A. from the University of Virginia and his Ph.D. from the University of California, Riverside. All his degrees were in English.

Johnson is married and has three children, and hopes his wife and some of his children can visit him sometime during his five- to six-month stay in India. He is the first faculty from ISU to earn a Fulbright in several years.

The Fulbright Program is the flagship international educational exchange program sponsored by the U.S. government and is designed to “increase mutual understanding between the people of the United States and the people of other countries,” according to the organization’s website. With this goal as a starting point, the Fulbright Program has provided almost 300,000 participants—chosen for their academic merit and leadership potential — with the opportunity to study, teach and conduct research, exchange ideas and contribute to finding solutions to shared international concerns.