Barnum has taught as a full professor of art at Ferris State University in Big Rapids, Mich., the past 19 years. He earned his Associate of Art degree from Oregon College of Art in Portland, Ore., his Bachelor of Science degree in art from Southern Oregon State University in Ashland, Ore., and his Master of Fine Arts in print making and painting from Idaho State University. Barnum’s accomplishments include receiving more than 40 awards in national and international juried fine art competitions. He received the Michigan Artist of the Year Award in 2003. He also spent five years teaching at Columbia College in Chicago.

After a distinguished academic and health care administrative career, Howard’s life has gone to the dogs, in the form of owning and managing two businesses in Connecticut catering to canines, Three Dog Bakery in Hartford, and Bark and Bake in Avon. Howard earned his Bachelor of Arts degree in sociology at ISU in 1971 and went on to earn a Master of Arts degree in sociology from East Carolina University in 1977 and a Master of Public Administration degree from the Harvard University Kennedy School of Government in 1983. He was vice president of Kimberly Quality Care in Massachusetts from 1996-98 and was director of Connectucare in Connecticut from 1986-96. He has held a variety of other management positions in the health care field.

Sandoval earned his Bachelor of Science degree in zoology from Idaho State University in 1982 and went on to earn a Doctor of Osteopathy degree from the Kirksville College of Osteopathic Medicine, Kirksville, Mo., after serving an internship in internal medicine at the Boise VA Medical Center and a residency in internal medicine at the University of Washington in Seattle. Since 2004 Sandoval has been the owner of and a doctor at The Vein Center/Sandoval Center for Medicine in Boise. Prior to this, Sandoval worked at a variety of medical clinics in Idaho including the Mountain Home Air Force Base, Idaho Emergency Physicians in Boise, two clinics in Salmon, a rural health clinic in Garden Valley and St. Lukes Internal Medicine in Boise. He also worked in Alaska. 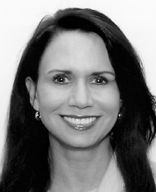 Boyle, who completed a finance-accounting degree from Idaho State University in 1984, is now president and CEO of Lehman Brothers Commercial Bank in Salt Lake City, a position she has held since November 2004. She has also taken on the additional role with Lehman Brothers, Inc., as head of Global Creditor Relations in the New York Office. Prior to joining Lehman Brothers, she worked in their division of American Express from 1995 to 2004 as director of regulatory compliance, vice president/chief operating officer of American Express Centurion Bank, and president and CEO of American Express Bank. She held similar positions with GE Capital Financial and Advanta National Financial Corp. Boyle began her banking career in 1976 at Valley Bank in Idaho Falls. She is a member of a variety of civic and professional organizations.

Miller was awarded her teaching credential from the University of Idaho-Southern Branch (now Idaho State University) in 1942 and then taught fifth and sixth grades for two years. She then earned a Bachelor of Arts degree and a California teaching credential from San Jose State College, Calif., in 1945, and then taught in that state for five years. In 1969, she earned a master’s degree in education and reading specialist from Whittier College in Whittier, Calif. She taught in the Lowell Joint School District from 1960 to 1985, establishing the Reading Center for the district. In 1986 she became a reading supervisor for California State University, Los Angeles, visiting elementary and secondary schools weekly. She retired from CSU in 2002. Since 1985, she has continued to the present as a paid and voluntary reading tutor.

Calley earned from Idaho State University a Bachelor of Science degree in General Engineering (1989) and a Master of Science degree in Nuclear Science and Engineering (1991). He is an Advisory Engineer at the Idaho National Laboratory (INL), and the INL project manager for the United States Nuclear Regulatory Commission Risk Assessment Training Program. Calley was a linebacker for the ISU football team and inducted into the ISU Sports Hall of Fame in 2002. Calley is serving a second term as President of the ISU Bengal Foundation Board of Directors and is one of the founding ISU Football Alumni Team members.  In addition, Calley serves on the Pocatello Sports Committee, ISU Sports Hall of Fame Committee and serves as an ex-officio member on the ISU Foundation Board of Directors. 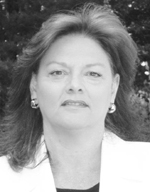 Sharon G. Kujawa, Ph.D., is an Associate Professor of Otology and Laryngology, Harvard Medical School and is Director of the Department of Audiology at the Massachusetts Eye and Ear Infirmary, Boston. She is on the faculty of the Harvard-MIT Program in Speech and Hearing Biosciences and Technology and is a Principal Investigator in the Eaton-Peabody Laboratory of the Massachusetts Eye and Ear Infirmary.

She received her B.S. in Speech and Hearing from Michigan State University, her M.S. in Audiology from Idaho State University and her Ph.D. in Hearing Science/Pharmacology from the University of Arizona. She completed post-doctoral fellowships in auditory pharmacology at the Kresge Hearing Research Lab, New Orleans, and in auditory neurophysiology at the Eaton-Peabody Lab, Boston.  She has served on the Board of Directors of the American Academy of Audiology and is currently on the Board of the American Auditory Society. She is an associate editor of the journal, Ear and Hearing.

• College of Technology – Stephanie A. Palagi

The executive director of Old Town Pocatello, Inc., since 2005, Palagi finished two degree programs at the ISU College of Technology: an associate degree in marketing and management in 1988, and a Bachelor of Science degree with a double major in corporate training and vocational teacher education from Department of Human Resource Training and Development in 2002. For 15 years she managed the marketing department for Idaho Central Credit Union, the largest credit union in the state. Her many civic duties have included being on the Leadership Pocatello Board of Directors and a Board of Directors member of the Family Services Alliance, to name only a few. Since 2002, she has been chair of the AAS Marketing Program Advisory Committee of the ISU College of Technology, where she is an adjunct instructor.